It was just announced that a TV series spin-off of the Stars Wars film
franchise will be produced and run to at least 100 episodes.

Producer Rick McCallum told BBC Radio 1 the writing team would soon be
meeting to start on the project, which would begin filming in 2008 and
be ready the same year.

"Hopefully if we can make it work and everybody’s excited and watches it we will keep on going," said McCallum.

The series will be set between episodes three and four of the film saga.

It would cover the 20 years in the life of Luke Skywalker growing up that remains a mystery to most film-goers. 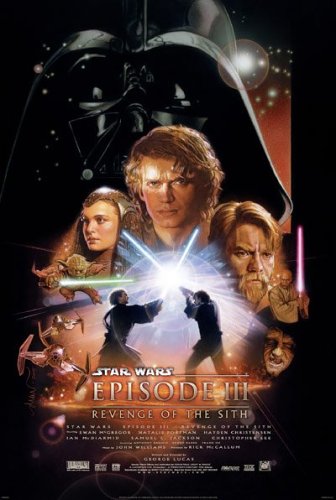 McCallum said there would be "a whole bunch of new characters" and the series would be "much more dramatic and darker".

He added that it was unlikely any of the stars of the movies would be involved in the TV series.

Star Wars creator George Lucas has just completed
writing the script for the next Indiana Jones film and will then begin
work on Red Tails, about African-American pilots in World War II.

Following completion of that film, work will begin on the Star Wars TV series.

There has already been a Star Wars series spin-off in
the shape of the animated Clone Wars, which began as three-minute
episodes before they were expanded to 30-minute shows.

It became the biggest film franchise in history, with the final film alone taking £500m at the box office outside of the US.