Scientists doing climate research for the federal government say the
Bush administration has made it hard for them to speak forthrightly to
the public about global warming. The result, the researchers say, is a
danger that Americans are not getting the full story on how the climate
is changing. 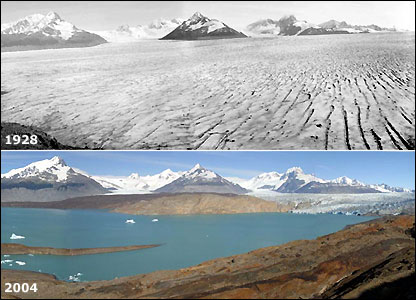 Employees and contractors working for the National
Oceanic and Atmospheric Administration, along with a U.S. Geological
Survey scientist working at an NOAA lab, said in interviews that over
the past year administration officials have chastised them for speaking
on policy questions; removed references to global warming from their
reports, news releases and conference Web sites; investigated news
leaks; and sometimes urged them to stop speaking to the media
altogether. Their accounts indicate that the ideological battle over
climate-change research, which first came to light at NASA, is being
fought in other federal science agencies as well.

These
scientists — working nationwide in research centers in such places as
Princeton, N.J., and Boulder, Colo. — say they are required to clear
all media requests with administration officials, something they did
not have to do until the summer of 2004. Before then, point climate
researchers — unlike staff members in the Justice or State
departments, which have long-standing policies restricting access to
reporters — were relatively free to discuss their findings without
strict agency oversight.

"There has been a change in how we’re
expected to interact with the press," said Pieter Tans, who measures
greenhouse gases linked to global warming and has worked at NOAA’s
Earth System Research Laboratory in Boulder for two decades. He added
that although he often "ignores the rules" the administration has
instituted, when it comes to his colleagues, "some people feel
intimidated — I see that."

Christopher Milly, a hydrologist at
the U.S. Geological Survey, said he had problems twice while drafting
news releases on scientific papers describing how climate change would
affect the nation’s water supply.

Once in 2002, Milly said,
Interior officials declined to issue a news release on grounds that it
would cause "great problems with the department." In November 2005,
they agreed to issue a release on a different climate-related paper,
Milly said, but "purged key words from the releases, including ‘global
warming,’ ‘warming climate’ and ‘climate change.’ "

Administration
officials said they are following long-standing policies that were not
enforced in the past. Kent Laborde, a NOAA public affairs officer who
flew to Boulder last month to monitor an interview Tans did with a film
crew from the BBC, said he was helping facilitate meetings between
scientists and journalists.

"We’ve always had the policy, it just
hasn’t been enforced," Laborde said. "It’s important that the
leadership knows something is coming out in the media, because it has a
huge impact. The leadership needs to know the tenor or the tone of what
we expect to be printed or broadcast."

Several times, however,
agency officials have tried to alter what these scientists tell the
media. When Tans was helping to organize the Seventh International
Carbon Dioxide Conference near Boulder last fall, his lab director told
him participants could not use the term "climate change" in conference
paper’s titles and abstracts. Tans and others disregarded that advice.