Brad Feld:  A close friend of mine is spending a year traveling around with world with his wife and 11 year old daughter.  They are in China right now and he’s been sending me missives from the front lines of his trip.  Most of what I read these days about China is either highly political, technology-oriented, or about the venture capital industry’s fascination with China.  My friend’s emails have been decidedly different (while he’s a successful technology entrepreneur, his trip is about a personal adventure that his family has embarked upon.)  I confirmed with him that I could blog some of his rants – enjoy.  Amazing photos.

China is wild – definitely glad I came so I never have to come back.
It is so polluted in the air that I feel like I’m sucking on an exhaust pipe while in a middle of a sand storm. Beijing gets these sand storms off the gobi since all the forests have been cut down and everything is covered in a layer of dust that just won’t go away – add in coal burning power plants, no emissions on cars and 15 million people and you simply can’t breathe.  So after 4 days in the capital we went to Xi’an (the ancient capital now 5.4 million people) and it’s just the same – you can’t tell if it’s day or night – it’s almost comical, but sad.
Prices are at both extremes – for western brand stuff in legitimate stores its 40% more than the states – everywhere else it’s cheaper (and there is no shame in selling whatever brand will make them money).  I think communism works well for the Chinese – there are so many people if they had too much freedom I’m sure there would be greater civil unrest.
Internet access has been fine – Skyping everyone without problems and it’s cheap.  Every now and then I can’t get a Yahoo new article on China to load – but if I’m persistent I can get it.  The English China Press newspaper is like reading Soviet era propaganda – it’s just funny their view on world events.

People aren’t as friendly as in other countries we visited – lots of shoving and pushing – not many smiles – everywhere you go it’s packed with people.  Most tourists are Chinese – funny I would have never guessed.  China produces 20% of the worlds cigarettes and consumes 30% – they probably just don’t care with all the other stuff in the air.
We all have sore throats and are dying for some fresh air and blue skies.  The sites are amazing – actually all the tourist locations we’ve visited so far are very clean and well run.  we saw one old lady have all her trinkets taken away from her by a soldier after she sold us a kite in front of a historic statue (she almost cried – I think the kite we bought cost us 75 cents – about 3 dollars of goods was taken from her – I wanted to go up and give her some cash but the guard was watching).  Most people fall into the category of have nots but talking to one of our guides at the Imperial Palace in Beijing – he said that young people will take an entire month’s salary just to buy the new Motorola Razr phone or Nike shoes.
Hey 1.3 billion people can do a lot of stuff – but you’ve got to take care of 1.3 billion people and that’s not gonna be easy – I don’t think China has it in the bag to dominate the global economy in 50 years – plus they might have a peasant revolt in the meantime… 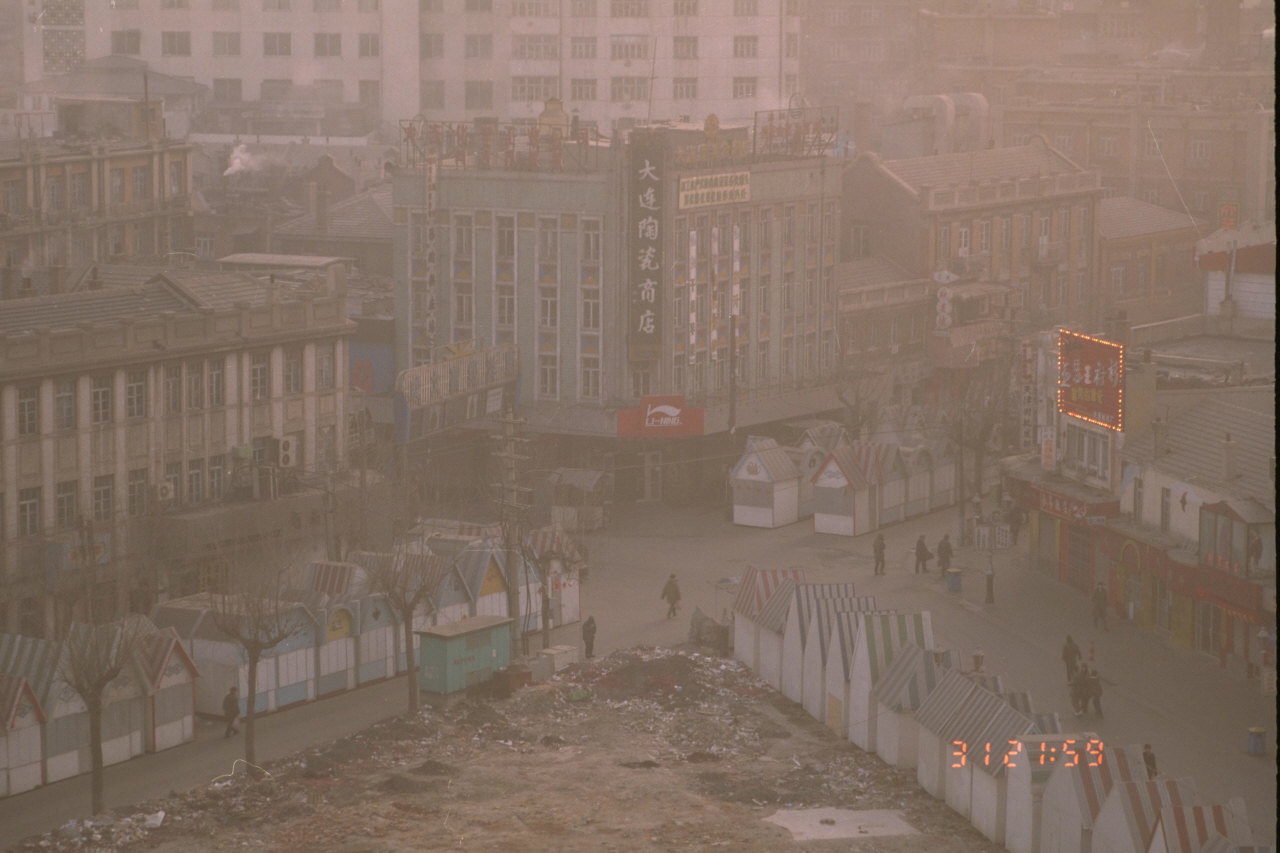 This satellite image of eastern China shows the widespread nature of the pollution problem. Beijing has completely disappeared under the haze.

Another day in Beijing 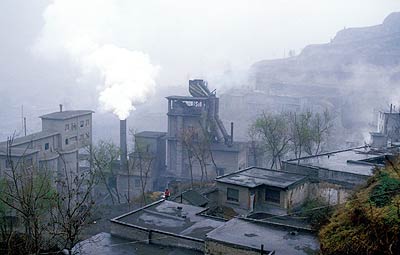 Shangba has been dubbed “cancer village” by the locals

Insane amounts of litter on the beach

Another shot of Beijing 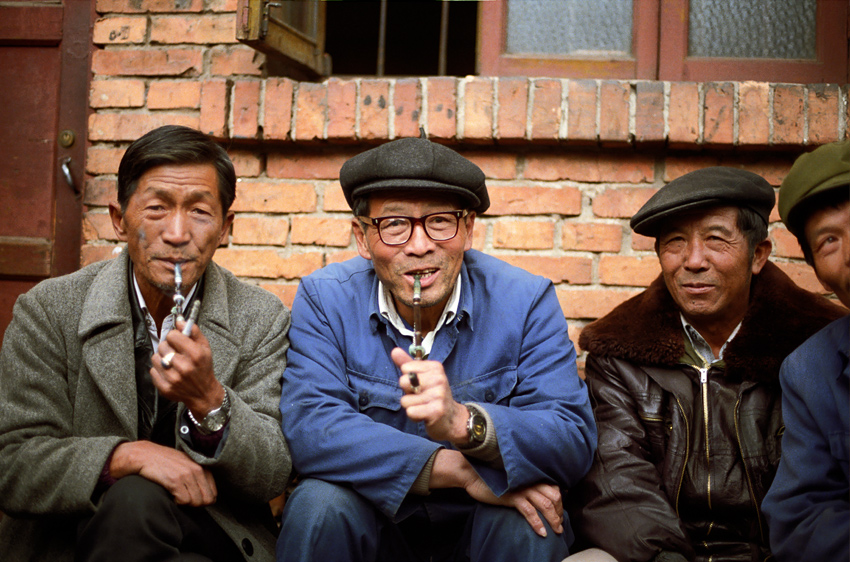 China produces 20% of the worlds cigarettes and consumes 30%