Researchers in Bosnia on Wednesday unearthed the first solid evidence that an ancient pyramid lies hidden beneath a massive hill — a series of geometrically cut stone slabs that could form part of the structure’s sloping surface.  Amazing photos.

Archaeologists and other experts began digging into the sides of the mysterious hill near the central Bosnian town of Visoko last week.  On Wednesday, the digging revealed large stone blocks on one side that the leader of the team believes are the outer layer of the pyramid.
"These are the first uncovered walls of the pyramid," said Semir Osmanagic, a Bosnian archaeologist who studied the pyramids of Latin America for 15 years.
Osmanagic said Wednesday’s discovery significantly bolsters his theory that the 2,120-foot hill rising above the small town of Visoko is actually a step pyramid — the first found in Europe.
"We can see the surface is perfectly flat.  This is the crucial material proof that we are talking pyramids," he said.
Osmanagic believes the structure itself is a colossal 722 feet high, or a third taller than Egypt’s Great Pyramid of Giza.  The huge stone blocks discovered Wednesday appear to be cut in cubes and polished.
"It is so obvious that the top of the blocks, the surface is man made," Osmanagic said.  He plans to continue the work throughout the summer, "after which the pyramid will be visible," he said.
Earlier research on the hill, known as Visocica, found that it has perfectly shaped, 45-degree slopes pointing toward the cardinal points, and a flat top.  Under layers of dirt, workers discovered a paved entrance plateau, entrances to tunnels and large stone blocks.
Satellite photographs and thermal imaging revealed two other, smaller pyramid-shaped hills in the Visoko Valley.
Last week’s excavations began with a team of rescue workers from a nearby coal mine being sent into a tunnel believed to be part of an underground network connecting the three pyramid-shaped hills.
They were followed by archeologists, geologists and other experts who emerged from the tunnel later to declare that it was certainly man-made.
The work will continue for about six months at the site just outside Visoko, about 20 miles northwest of the capital, Sarajevo.  Two experts from Egypt are due to join the team in mid-May.
"It will be a very exciting archaeological spring and summer," Osmanagic said. 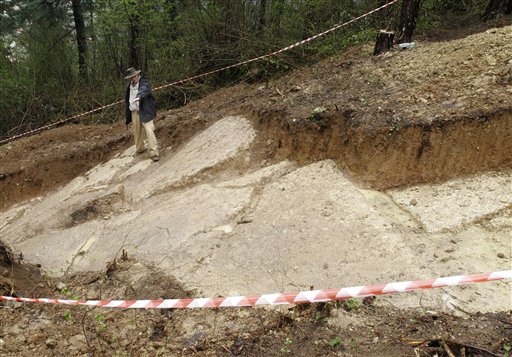 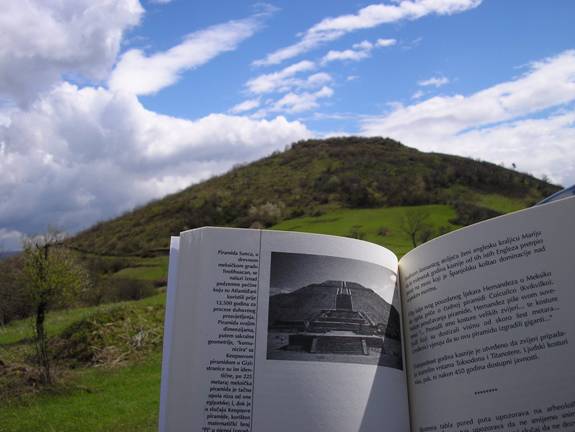