Successes or failures of employees in the workplace can be traced to what kind of father they had, a psychologist argues in a new book.

In "The Father Factor," Stephan Poulter lists five styles of fathers — super-achieving, time bomb, passive, absent and compassionate/mentor — who have powerful influences on the careers of their sons and daughters.
Children of the "time-bomb" father, for example, who explodes in anger at his family, learn how to read people and their moods. Those intuitive abilities make them good at such jobs as personnel managers or negotiators, he writes.
But those same children may have trouble feeling safe and developing trust, said Poulter, a clinical psychologist who also works with adolescents in Los Angeles area schools.
"I’ve seen more people hit their heads on what they call a glass ceiling or a cement wall in their careers, and it’s what I call the father factor," Poulter said in an interview. "What role did your father have in your life? It’s this unknown variable which has this huge impact because we’re all sons and daughters."
Styles of fathering can affect whether their children get along with others at work, have an entrepreneurial spirit, worry too much about their career, burn out or become the boss, Poulter writes.
Even absent fathers affect how their children work, he writes, by instilling feelings of rejection and abandonment.

Those children may be overachievers, becoming the person their father never was, or develop such anger toward supervisors or authority figures that they work best when they are self-employed, he writes.
"A lot of people say, ‘I never knew my dad,"’ he said. But, he added: "You knew the myth, you knew your mother’s hatred, you knew your anger, you knew your dad was a loser. Trust me, you knew your dad.
"The father’s influence in the workplace is really one of the best-kept secrets," he said. Poulter co-authored an earlier book on mothers and daughters called "Mending the Broken Bough." "The Father Factor" is set for release next month by Prometheus Books.
Looking at the influence of fathers fits with other recent research on workplace behavior, said William Pollack, a psychology professor and director of the Centers for Men and Young Men at McLean Hospital, part of Harvard Medical School.
"There’s been a good deal of research to show not only that our family-life experience and our experience with our parents affects our personality, but it affects our corporate personality, both as leaders and followers," said Pollack, author of "Real Boys."
"There’s also good research to show that for men and women, the way they identify with their father and their father’s role may well affect how they interact as a manager or leader in the workplace."
Poulter, by the way, describes his own father as the absent type. After this book, he said, "my dad won’t even talk to me." 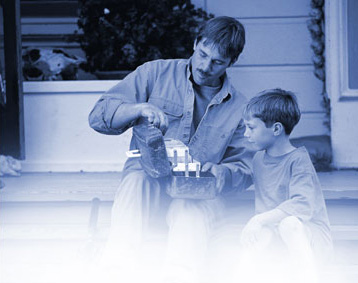