The field scabious is a multipetaled blue–sometimes purple–ball of a flower. It provides sustenance to a host of pollinators, but one bee–the scabious bee, or Andrena hattorfiana–relies exclusively on the plant’s bounty to feed her young.

Such specialized matches are common for bees, whose size, shape, range and even breeding schedule can be influenced by the lifestyle of the paired plant. Now a new study shows that such bees and the plants that sustain them are declining in tandem–for reasons unknown. 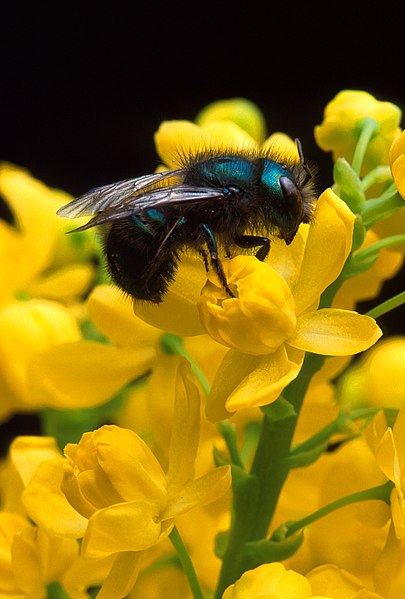 Biologist Koos Biesmeijer of the University of Leeds in England and an international team of colleagues patiently compiled more than one million records of when and where particular bees had been collected in the United Kingdom and the Netherlands over the preceding decades. Dividing the samples into those from before 1980 and after, the researchers used rarefaction to be able to compare samples collected using different methods and under divergent conditions. They found that the number of distinct species of bees declined by 52 percent in the British countryside and by roughly 67 percent in the Dutch. Of the hundreds of sites surveyed, nearly 80 percent saw declines in bee diversity.

The researchers also looked at another pollinating species, hoverflies, and found conflicting overall results. But both bees and hoverflies that depended on particular plants or habitats suffered while their more migratory or generalist brethren prospered. "In Britain, pollinator species that were relatively rare in the past have tended to become rarer still, while the commoner species have become more plentiful," explains team member Stuart Roberts of the University of Reading in England. "Even in insects, the rich get richer and the poor get poorer."