These are the cutest, tiniest little monkeys you’ll ever see. 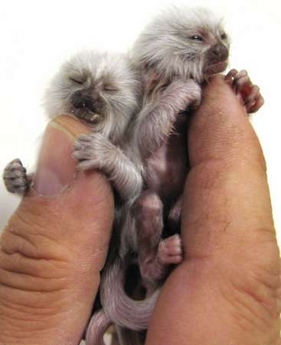 Rare newborn albino Pygmy Marmoset monkeys perch on a zookeeper’s fingers at Froso Zoo in Ostersund, Sweden August 22, 2006. The Pygmy Marmoset, which lives in the upper Amazon basin in South America, is the world’s smallest monkey and reaches 35 cm (13.7 inches) in length and weighs up to 100 grams (3.5 ounces) at maturity. 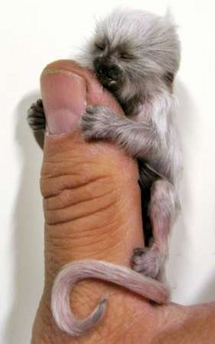 Another photo of the rare newborn albino Pygmy Marmoset monkey perches on a zookeeper’s thumb at Froso Zoo in Ostersund, Sweden August 22, 2006.