Haven’t we all been hot and bothered by gas pump prices? Some Australian brothels are offering clients discounts based on their petrol bills.

Brothel owners claim the system works much the same way as supermarkets which offer shoppers discounted petrol prices by presenting their grocery bills when they fill up their tanks.
"If you come in and spend time with one of our lovely ladies, we’ll give you a discount of 20 cents a litre," said Madame Kerry, manager of Sydney brothel The Site, in a recent interview.
There is no link between brothels, petrol providers or supermarkets but brothels like The Site and Madame Kerry’s say the system is simple.
Once you’ve filled up your car, bring your receipt to the brothel and they’ll discount the price of your fullfilling visit.
The bill for a full 50-litre tank at 126.9 cents per litre comes to $63.45 (25.46 pounds). With the offered 20c a litre discount, the petrol bill would have instead come to $53.45. 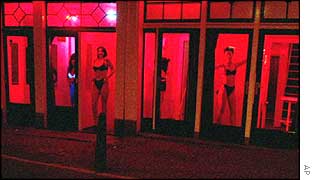 That $10 difference is taken off the $150 cost of a 30-minute session with one of the brothel’s "service providers".
The Site has taken out cut-out newspaper ads offering the service.
"We’re getting more media exposure, if you want to put it that way, than basically bums on beds," Kerry said.
Brothels are legal across most of Australia, but states have strict laws against soliciting and running brothels in residential areas, and near churches or schools.