China:  Shenzhen, home to 200,000 single women aged 28 years and above, is seeing a new trend of married women hiding their marital status to help their careers, a phenomenon experts warn could harm the marriage and the integrity of society.

The women do not wear wedding rings, claim to be unmarried when asked, and either work overtime in office or visit pubs with colleagues after work.
Although most women want to share their happiness about getting married with people around them, a number of married women choose to keep their marriages secret, mainly for career reasons, but also to enjoy the care-free life for a few more years.
Zhang Ping, 29, was hired by a large department store as a secretary three years ago. Though she was married, Zhang cited herself as "single" in the employment form.
"It is not easy for married women to find jobs. Most bosses worry that married women would soon have a baby and be entangled by household chores," Zhang said.
Zhang, who is now assistant manager of the investment section of the department store, keeps her marital status unknown to the company.
"I was sent to Shanghai and Beijing for market exploration, and I was promoted to the current position within three years. It is really hard to say whether I could still have got these chances if I had told the company I was married. There are so many girls in the company," she said.
Besides a greater scope for career development, Zhang found another benefit in hiding her marital status, more fun after work.
"I often go out with colleagues after work. They never invite married women to join them at weekends or during holidays. They don’t want to bother other people’s family life," Zhang said.
While Zhang kept her marriage in the dark out of her own will, some women had no choice but to hide their marriage status because they work in the same companies with their husbands. According to many companies’ unwritten rules, one of the couple has to leave.
Zhu Mengmeng and her husband are both programmers in a software company. "Bosses do not like a couple to stay in the same company. If you don’t want to leave, you¡¯d better keep your mouth shut," she said.
Some, however, hold the worries unfounded.
Zhong Shan, personnel manager of Canadian-invested W&X electronic company, said women are hired or demoted on the basis of their work and potential. Marital status is just a minor consideration.
"It is a private business whether an employee is married or single. We focus on a person’s capability and self-motivation when deciding whether to hire and promote a person," Zhong said.
Yi Songguo, president of Shenzhen University’s marriage and family research institute, said there is discrimination against married women, especially those of child-bearing age, in some workplaces. But he also thinks the discrimination is not widely practiced and keeping marital status in secret is just a poor excuse.
He thinks deliberately hiding one’s marital status may harm the marriage and the integrity of society.
"Most women will get married one day. They should have a plan to balance their family life and career. Women deliberately hiding marriage status are telling white lies and have to bear an unnecessary psychological burden," he said. 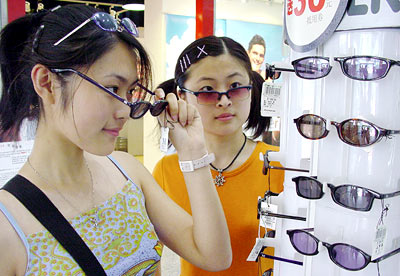