Russia will cooperate closely with China on moon exploration and the two nations could sign space cooperation agreements by the year’s end, the Russian space chief said Monday.

Federal Space Agency chief Anatoly Perminov said that Chinese experts had shown a strong interest in Russia’s lunar experience.
"Russia is ready for close cooperation with China in the field," Perminov said Monday in remarks posted on his agency’s Web site. "This is a serious and quite promising field of cooperation. In the past the Russian-Chinese cooperation have been mostly limited to the sales of Russian equipment, but now we are considering the development and implementation of joint projects."
The Soviet Union sent numerous unmanned missions that explored the moon, including two rovers that studied the moon’s surface in 1970-1973. However, it lost the moon race to the United States, abandoning its manned lunar program after a series of booster explosions.
Perminov said that the two nations had formalized their plans for the moon research in a specific action plan approved in June 2005 and followed up on that with several expert meetings. The latest meeting of Russian and Chinese space officials took place last week.
"Joint lunar research is our priority," Anatoly Perminov said, according to the RIA Novosti news agency. He didn’t elaborate on specific plans for the moon research, but said that new agreements on space cooperation could be signed during Russian Prime Minister Mikhail Fradkov’s visit to Beijing in the fall.
Perminov also said that China could join Russia’s project of sending a probe to Mars’ moon, Phobos, to take samples of Phobos soil and deliver them back to Earth. The mission is set for 2009.
Russia sold China the technology that formed the basis of its manned space program, which launched its first astronaut in 2003 and two others in 2005. The next Chinese manned space flight is due next year. Officials say they also want to send up a space station and land a robot probe on the Moon by 2010. 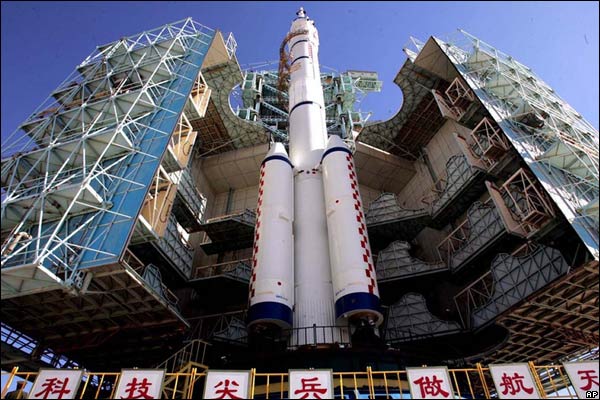