A much tougher drink-drive limit for young drivers and a higher legal age at which cigarettes can be bought are needed to tackle the drugs that do most harm to young people, the British government’s experts on drug policy recommended.

They want the drink-driving limit for drivers under 25 to be cut by nearly 40% in an attempt to reduce accidents. They also say it is time to raise the legal age for buying tobacco from 16 to 18 and ensure that the underage drinking and smoking laws are much more strictly enforced.
The government’s advisory committee on the misuse of drugs (ACMD) says that while it is true that more young people each year are using cannabis on an occasional basis, far larger numbers are becoming addicted to nicotine or drink alcohol frequently and to excess.
The official admission that alcohol and tobacco actually cause far more harm than cannabis and other illicit drugs marks a major departure in the 30-year history of the drug advisory body.
It says the scientific evidence is now clear that alcohol and tobacco have chemical effects on the human brain similar to illegal drugs and they can no longer neglect two of the most harmful mood-changing drugs simply because they are legal.
"Among the 6.8 million 16 to 24-year-olds in the UK, there are an estimated 2.1 million daily smokers, 1.9 million who drink more than twice the recommended amount at least once a week and 1 million who have used an illegal drug in the past month," says the ACMD’s report, Pathways to Problems, published today.
It says that although age-related legal curbs on buying drink and tobacco are flouted by large numbers of young people, prosecutions of those who sell alcohol and tobacco to underage customers are very rare – whereas prosecutions for the sale and possession of illegal drugs are common.
The experts recommend: 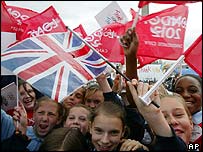 The report says that of all drugs, alcohol has shown the most recent growth in use and causes the most problems among young Britons. It adds: "The most alarming recent development has been the growth in young women who drink frequently and to excess." The number of women drinking more than twice the recommended amount has doubled in a decade.
A government spokesman said smoking by under-15s fell by 9% in 2005 and ministers were already considering raising the legal age to buy cigarettes to 18. Transport minister Stephen Ladyman said the government had no plans to change any of the drink-drive limits.