Women are being filtered out of high-level science, math and engineering jobs in the United States, and there is no good reason for it, according to a National Academies report released on Monday.

A committee of experts looked at all the possible excuses — biological differences in ability, hormonal influences, childrearing demands, and even differences in ambition — and found no good explanation for why women are being locked out.
"Compared with men, women faculty members are generally paid less and promoted more slowly, receive fewer honors, and hold fewer leadership positions," the Academies said in a statement.
"These discrepancies do not appear to be based on productivity, the significance of their work, or any other performance measures."
Female minorities fare the worst, the study found. And the expert panel said the discrepancies are costing the country many talented leaders and researchers and recommended immediate and far-reaching changes to change the balance.
"We found no significant biological differences between men and women in science, engineering and mathematics that could account for the lower representation of women in academic faculty and scientific leadership positions," said Donna Shalala, president of the University of Miami and head of the committee that wrote the report.
The study was compiled by all the National Academies — the National Academy of Sciences, National Academy of Engineering, and the Institute of Medicine — which advise Congress, the federal government, and various institutions. 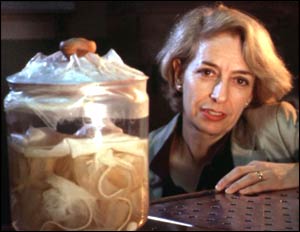 "It is not a lack of talent but an unintended bias … that is locking women out," Shalala, a former secretary of the U.S. Department of Health and Human Services, told a briefing.
"In fact, female performance in high school mathematics now matches that of males. If biology were the basis of that, we’ve seen some major evolution in the past decades."
Urgent change is needed, said Cauce, if the United States wants to compete internationally in science.
"This is about more excellence. This is not about changing the bar or lowering the bar," Cauce said.
Trustees, university presidents and provosts need to make it clear from the top down that recruiting and promoting women is a priority, the report said.
0