Binge drinkers are more likely to become alcoholics in later life, a medic warned, with excess alcohol consumption blamed for the spread of sexually transmitted diseases and unplanned pregnancies.

“Ireland is rated highest among the 35 European countries in terms of the number of adolescents who regularly binge drink,” said Stephen Rowen, Clinical Director of the Rutland Centre.

“Problems experienced by adolescents as a result of their drinking in Ireland is twice the European average in terms of damage to objects – loss of money, accident and injury and for delinquency problems such as fighting and scuffles with Garda.

Dr Derek Freedman, specialist in sexually transmitted disease, said more than 60% of people who attend his clinic cite excess alcohol as a factor that led them into trouble or risk.

“Unintentional sex carries the risk of infection, but all the infections are treatable, most are curable,” he said. “Unintentional pregnancy is another matter.

“What is staggering is the consumption of alcohol they regularly report and what is wondrous is that they manage to have sex at all?”

Established in 1978, the Rutland Centre was the first treatment centre of its kind in Ireland.

For over 25 years it has carved out a place as one of the foremost Addiction Treatment Centres in Ireland, treating alcohol, drug, gambling dependency and eating disorders.

Almost 6,000 people have completed the Residential Programme and over 25,000 have availed of its Assessment, Counselling, Family and Aftercare Programmes.

“It’s not too long since addiction conjured up the physical and social devastation of heroin,” he said. “Today, our understanding is so much broader – drugs, alcohol, gambling, sex, shopping, pornography, over-the-counter medication.

“Alcohol is still the drug of choice in Ireland. And of course, our ambivalence to alcohol is alarming. But now, that ambivalence is extending to drugs – expressly cocaine.

“Right now, cocaine is dusting every town, every village, every suburb of this country. Cocaine is vanishing up the noses of professional and respectable and successful Ireland, with alacrity.”

Mr Kenny said as a society we have to take a better look at the link between alcohol and unintended sexual activity.

“In the last five years alone, the rate of STI has reached epidemic proportions, across the population with Gonorrhoea up 900%, Syphilis up 1100% and Chlamydia up 1500%.

“Such is our level of national drunkenness that some girls and women are looking for emergency contraception on the basis of "you know…..I can’t really remember.. But, better safe than sorry". 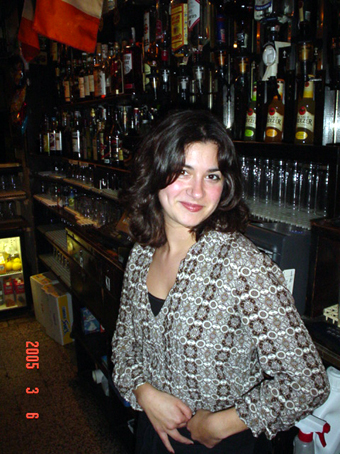