Construction on the blue and gold glass monolith began in August 2002 and boasts many spectacular statistics, not to mention panoramic views of Melbourne 300m below.
As well as being the world’s tallest residential building, Eureka’s 13 lifts are also the fastest in the southern hemisphere, taking just 40 seconds to reach the top.
The tower, which dominate’s Melbourne’s Southbank skyline, has 556 apartments, used 110,000 tonnes of concrete and weighs 200,000 tonnes.
The building was today officially opened by Victorian Premier Steve Bracks, who unveiled a plaque on the 88th floor, before braving strong gusts of wind for a view from the rooftop.
"Eureka Tower is a building that would stand out in the skyline in places like New York, Tokyo or Shanghai but it is a golden part of our skyline here in Melbourne," Mr Bracks has said.
"Eureka Tower is a building Melbourne can be proud of because it’s original, it’s functional and it’s beautiful.
"It seems there isn’t a person in Melbourne who doesn’t have an opinion on Eureka Tower and all the feedback is positive," he said.
To date, 900 residents have moved in – the first of whom, Stuart Bransbury, moved into his 19th floor one-bedroom apartment in December 2004 having bought it off the plan for $420,000.
Mr Bransbury has said his brief stint as the building’s sole tenant was weird.
"It was a little bit surreal. It was pretty empty, so I didn’t really notice, and I could turn the music up as loud as I liked, but I wouldn’t be able to tell you when the next people moved in because it’s such a massive complex.
And speaking of surreal experiences, he has also seen two base jumpers float past his window since moving into his new pad.
Mr Bransbury has said he would love to move up the building’s property ladder, but he would have to win Lotto before getting the key to the penthouse.
Daniel Grollo, chief executive of Eureka developer, Grocon, has said the project’s completion brings an "immense feeling of satisfaction for the thousands of people who worked on creating such a trophy building".
"We always thought that we were going to do something special. This has really added an extra dimension to Melbourne’s skyline," he has said. 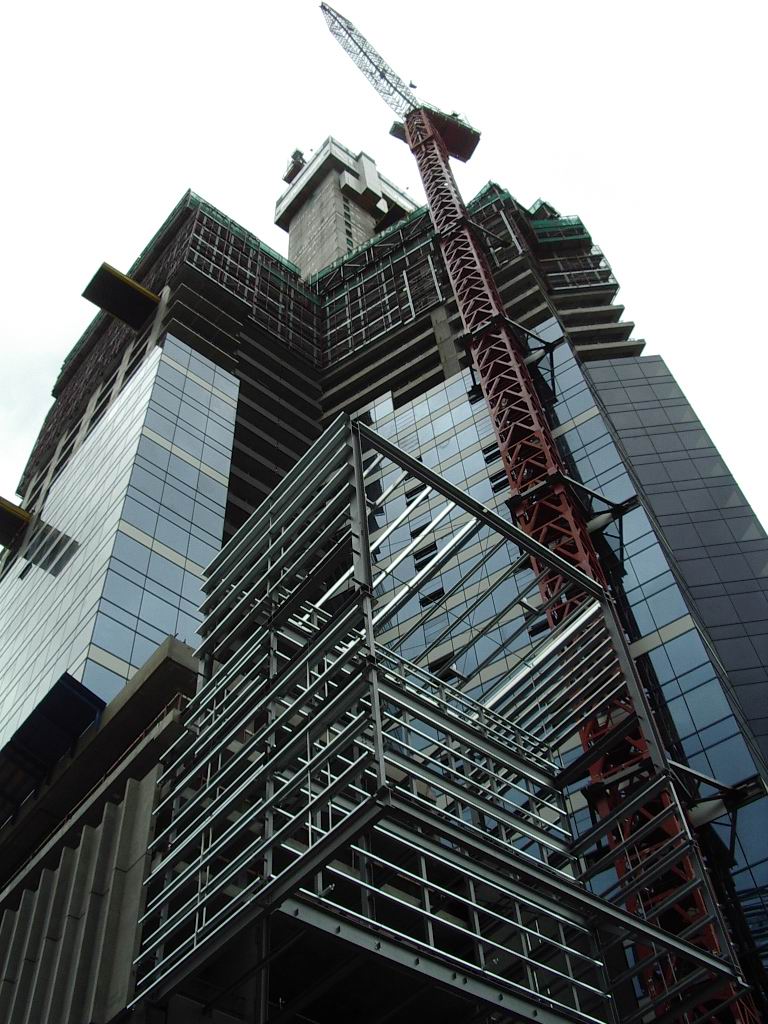