Just what a parent wants to hear: U.S. teens behind the wheel of a vehicle say they are most distracted by exchanging text messages, a survey reports.

In the Liberty Mutual Research Institute for Safety study, 37 percent of teens said text messaging was extremely or very distracting, the Detroit News said Sunday. Another 20 percent said they were distracted because of their emotional state, while 19 percent chose friends in the car.
While teens texting and driving may raise goose bumps, they aren’t doing anything illegal, the News said.
Nearly 50 countries restrict or ban cell phone use while driving, but the United States isn’t one of them. Three states have imposed bans, while 13 others outline restrictions on their use.
Traffic safety experts said lawmakers may be pressured to respond to increased road cell phone usage and their increasing role in car crashes, the News said.
One study said driver inattention was cited in almost 80 percent of crashes and 65 percent of near-crashes within three seconds of the crash, the News said. The most common distraction was talking on a cell phone, followed by drowsiness. 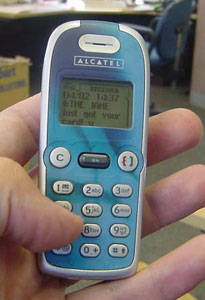 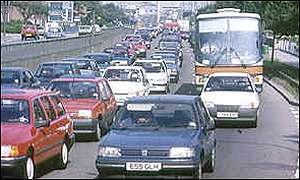