W Bruce Cameron:  Recently I arrived at an airport gate and was sadly informed by the agent that my flight was overbooked, meaning there were more passengers for the plane than there was room to put them. Based on my years of squeezing into coach-class seats, I’d say that is always the case, but I guess in this instance the situation was so bad they were going to have to start "bumping" people off the flight.

"Bump off?" I repeated nervously. "Isn’t that the same as "rub out?"
The gate agent assured me that the airline would never do anything to harm its customers. "Then you obviously haven’t had your breakfast burritos," I countered.
She asked me if I would volunteer to be bumped to a later flight. "If you volunteer, we’ll put you on the next flight," she offered tantalizingly.
"Such a good deal!" I admired, "but no."
"Well."-she leaned forward seductively-"how about if we fly you first class?"
"First.first class?" I responded, stunned. "Me?"
I had never in my life done anything first class. She exchanged my boarding pass for one embossed in gold flake, and my hands trembled as I accepted it. "We’ll move your bags off of this plane," she explained, typing into her computer, "and into the first-class luggage compartment of your new flight."
"My bags fly first-class too?" I exclaimed.
"Well of course, sir," she replied, already treating me differently. "You wouldn’t want your luggage mixing with that of the.common folk."
"No, obviously not," I agreed smugly, getting with the program.
"Now for preferences. Back rub, foot rub, or both?"
"Oh, I think both."
She nodded, clicking her computer keys. "Good. And would you prefer to be seated next to a supermodel, or an actress?"
"I believe I’d rather have an actress," I decided.
"Um." she scanned her screen. "I’ve got both Broadway and screen in here."
"Does the Broadway one have a Tony?"
She shook her head mournfully. "No, just two nominations."
"Guess it will have to do," I sighed.
A few more questions (I elected to have the chocolate facial but skip the manicure) and I was done. I was the first person in line to get on the plane-I wanted to make the most of my first-class experience. I settled into the pillow-soft seats, extended my legs to their full length, and sipped champagne as the coach passengers filed past to their own section. "Hi, I’m in first class," I’d murmur as they went by.
The gentleman across the aisle from me rolled his eyes at the crowd of people. "I don’t know why they can’t somehow load them from the back; it is really upsetting to see these lower classes," he muttered to me.
"Just so, old boy, just so," I agreed.
We shook hands, professing delight at meeting each other. "I specialize in helping people invest amounts of ten million dollars or more," he told me.
"Ten million!" I hooted. "Why even bother?"
He seemed to appreciate my point of view, and invited me to come visit him in his home in Aspen.
"Don’t you find that Aspen is, oh, I don’t know, so over?" I challenged him gently. He paled, nearly choking on his caviar. "Just kidding, old boy," I assured him hastily.
We had a jolly good laugh over that one, I don’t mind telling you.
Turns out we had a lot in common. We both preferred Lamborghinis over Ferraris and we both rued the fact that all the best islands in the Caribbean were already sold. Neither of us had ever been successful in efforts to purchase professional sports teams, but we weren’t particularly bitter, acknowledging that in some ways it was better to "just own the stadium" instead.
"You still have great seats, plus there’s something about seeing your name above the scoreboard that makes you proud," my new friend confessed during the acupuncture.
When the plane landed, I was the last to get off, taking one last lingering look at the first-class cabin that had been my home for two and a half hours.
It’s the only way to fly. 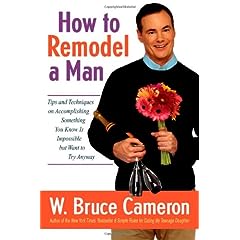