Would it scare you to learn that the surgeon who was about to carve into your body had just had a few drinks?  How about if the doc just needed a nap?  Same difference, according to a host of new studies.

We’ve heard enough about the dire consequences of sleep deprivation in recent weeks to keep us awake at night, but a few institutions are trying to do something about it.
They are mostly in the medical field, where long hours without a break are common, and the consequences of exhaustion can be fatal. But there may be something in the findings for the rest of us as well.
Now, if we can just get over that cultural hurdle that brands every napper as lazy and poorly motivated, maybe we can make some progress with an ailment that afflicts most Americans. According to volumes of research, few of us get enough sleep.
The latest research is out of Stanford University, where scientists have found that staying awake for 24 hours "has the same effects as being legally drunk," said Steven Howard, associate professor of anesthesia and an expert on sleep deprivation and fatigue.
Howard and his colleagues studied 24 nurses and 25 doctors who worked the 12-hour graveyard shift at Stanford Hospital. Half were given a 40-minute nap break at 3 a.m., in the middle of their shift, and the other half worked straight through.
At the end of the shift, the participants took a number of tests, including a simulated 40-minute drive.
It’s fortunate that the car was simulated, because those who had not taken a nap crashed "over and over again," according to the researchers. The nappers performed much better. 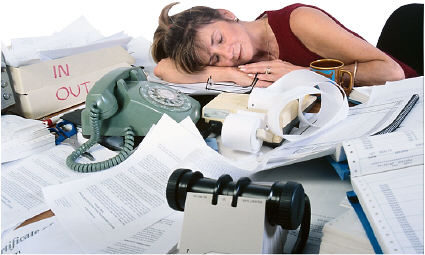 They also did much better on a written memory test and a simulated insertion of an intravenous tube.
In addition, they took a test developed by NASA that measured different mood states ranging from confusion and fatigue to anger and vigor. Again, the nappers came out on top, scoring fewer performance lapses, less fatigue, and more vigor.
But here’s what makes the Stanford research different from others. They are actually implementing their findings in a program at the Veterans Affairs Palo Alto Health Care System.
"This is the first time a napping program has been instituted to try to get at the problem of fatigue in the workplace for health-care workers," Howard said.
The Stanford findings are consistent with other research. In Scandinavia, for example, scientists found that staying awake for 17 hours to 19 hours resulted in a reduction in reaction time that was much slower than someone who was legally drunk.
And that, according to various researchers, leads to slaughter on the highways. Psychologist James Maas, a sleep expert at Cornell University, says 100,000 traffic accidents are caused by drivers falling asleep in the United States each year, claiming 1,500 lives.
Maas says we’ve become a "nation of walking zombies."
Sean Drummond, who has studied the effects of sleep deprivation on the brain for the Department of Defense, knows better than most just how dangerous that can be.
Drummond, who works with the University of California, San Diego, was the pilot of an air refueling tanker in Iraq when he learned about it firsthand.

After putting in an especially long day, Drummond released too much fuel out of one tank during a refueling operation, throwing the aircraft out of balance.
He blames the mistake on too many missions with too little sleep, and although he was able to maintain control of the aircraft, the error could have had disastrous consequences.
He’s the right man to study the problem for the military. After several missions, he says, he was just "numb."
But that nagging question returns. What do you do about it?
Some jobs are so demanding it’s hard to find time for lunch, let alone a nap. And few workplaces have a bed available for weary employees.
And there’s that old cultural bugaboo.
"The social connotation of someone who naps is lazy, slothful," said Stanford’s Howard. "Attitudes toward people who nap are hard to break."
But now there’s a growing body of scientific evidence that should wake up a nation, and a world, to an increasingly dangerous situation.