While small children typically take naps in the afternoon, our culture generally frowns upon mid-day sleep; however, many people feel a mid-afternoon slump in mood and alertness, especially after a poor night of sleep. Many believe that this slump is caused by eating a heavy lunch. However, in reality, this occurs because we were meant to have a mid-afternoon nap. 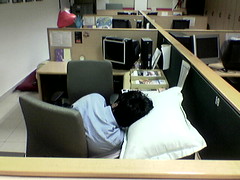 Several lines of evidence, including the universal tendency of toddlers and the elderly to nap in the afternoon and the afternoon nap of siesta cultures, have led sleep researchers to the same conclusion: nature intended that we take a nap in the middle of the day. This biological readiness to fall asleep in the mid-afternoon coincides with a slight drop in body temperature and occurs regardless of whether we eat lunch. It is present even in good sleepers who are well rested.

Here’s what you need to know about the benefits of sleep and how a power nap can help you:
1. Increased Alertness And Productivity

Although many people believe that midafternoon drowsiness is caused by eating a heavy lunch, the new research shows that is not the case. The midafternoon dip in alertness and intellectual ability occurs whether or not people eat lunch, said Roger Broughton, a professor of neurology at the University of Ottawa. He said it depends purely on the time of day rather than on eating.
“It seems nature definitely intended that adults should nap in the middle of the day, perhaps to get out of the midday sun,” said William Dement, director of the Sleep Disorders Clinic and Research Center at Stanford University.
Also David Dinges, a sleep researcher at the University of Pennsylvania, found that “If you didn’t get enough sleep the night before, an afternoon nap will improve your alertness and give you a feeling of more energy, so you can take on more tasks”. Among the mental abilities sharpened by naps are the capacity to pay sustained attention to a task and to make complicated decisions.

Curling up in a sunny patch on the floor or even lying your head down on your desk for a quick snooze brings relaxation.
So find a quiet, comfortable spot and take a nap. Even a short power nap can leave you feeling refreshed, renewed, and more focused. Studies have shown that people who spent 30 minutes each day napping had one third less heart disease than those who didn’t nap.

Naps aren’t just for the very young, old, and slothful. Daytime dozing may enhance a person’s capacity to learn certain tasks. That, at least, is the eye-opening implication of a new study in which college students were challenged to detect subtle changes in an image during four different test sessions on the same day.
Participants improved on the task throughout the first session, says psychologist Sara C. Mednick of Harvard University and her colleagues. The students’ speed and accuracy then leveled off during the second session. The scores of the participants who didn’t nap declined throughout the final two sessions. In contrast, volunteers who took a 30-minute nap after completing the second practice session showed no ensuing performance dips. What’s more, 1-hour nappers responded progressively faster and more accurately in the third and fourth sessions.
“Napping may protect brain circuits from overuse until those neurons can consolidate what’s been learned about a procedure,” says neuroscientist Robert Stickgold of Harvard Medical School, a coauthor of the new study. 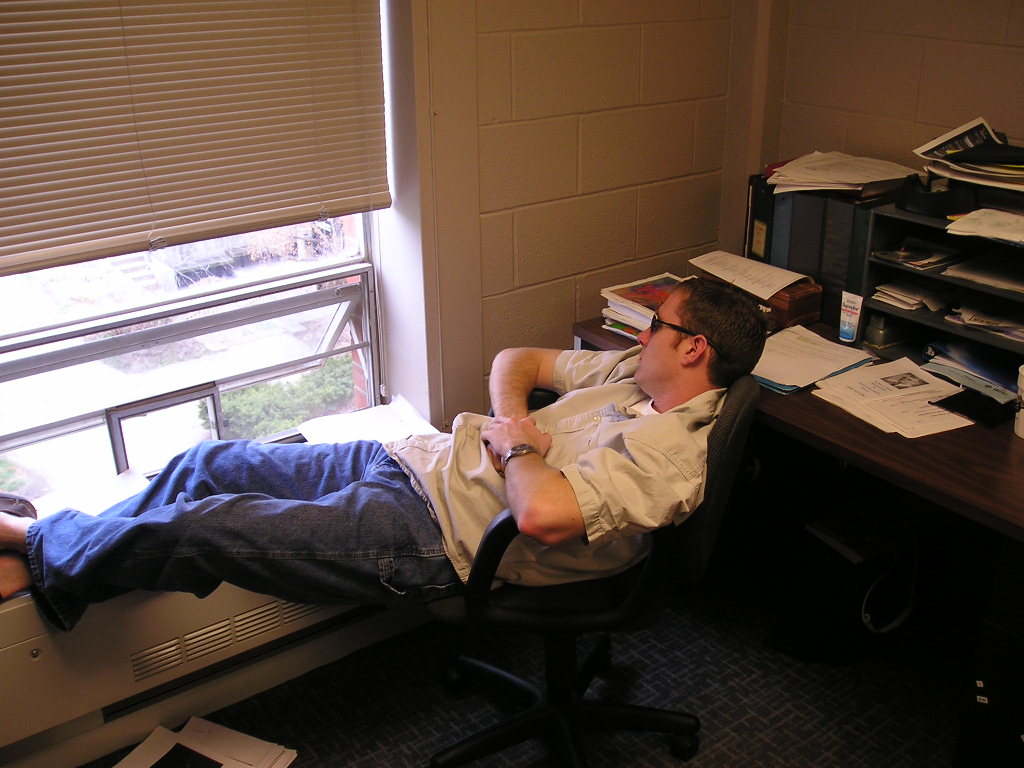 In a recent study, researchers at NASA showed that a thirty to forty-minute power nap increased cognitive faculties by approximately 40%! Tests carried out on one thousand volunteers proved that those who continued working without rest, made lower scores in intelligence tests like the IQ test.
Also Dr. Sara Mednick (scientist at the Salk Institute for Biological Studies) has found through MRIs of nappers that brain activity stays high throughout the day with a nap; without one, it declines as the day wears on.

Napping in general benefits heart functioning, hormonal maintenance, and cell repair, says Dr. Sara Mednick who is at the forefront of napping research. A power nap, says Mednick, simply maximizes these benefits by getting the sleeper into and out of rejuvenative sleep as fast as possible.

Everyone, no matter how high-strung, has the capacity to nap. But the conditions need to be right. Dr. Sara Mednick, who will publish a book on napping in the spring has some helpful hints:

1. The first consideration is psychological: Recognize that you’re not being lazy; napping will make you more productive and more alert after you wake up.
2. Try to nap in the morning or just after lunch; human circadian rhythms make late afternoons a more likely time to fall into deep (slow-wave) sleep, which will leave you groggy.
3. Avoid consuming large quantities of caffeine as well as foods that are heavy in fat and sugar, which meddle with a person’s ability to fall asleep.
4. Instead, in the hour or two before your nap time, eat foods high in calcium and protein, which promote sleep.
5. Find a clean, quiet place where passersby and phones won’t disturb you.
6. Try to darken your nap zone, or wear an eyeshade. Darkness stimulates melatonin, the sleep- inducing hormone.
7. Remember that body temperature drops when you fall asleep. Raise the room temperature or use a blanket.
8. Once you are relaxed and in position to fall asleep, set your alarm for the desired duration.

One thing to remember, the “power-nap” only works if the sleep is of the right quality, say the experts from Harvard University, US. And experts say that a full night’s sleep is still necessary for many vital body functions, even though a short sleep may boost learning and memory. So, if you can, try having a good 7-9 hour sleep every night, and remeber that by improving your sleep you will have a dramatic impact on your body composition, performance and health.