While out-of-wedlock births have long been associated with teen mothers, the teen birth rate actually dropped last year to the lowest level on record. Instead, births among unwed mothers rose most dramatically among women in their 20s.

Experts said the overall rise reflects the burgeoning number of people who are putting off marriage or living together without getting married. They said it also reflects the fact that having a child out of wedlock is more acceptable nowadays and not necessarily the source of shame it once was.
The increase in births to unwed mothers was seen in all racial groups, but rose most sharply among Hispanics. It was up among all age groups except youngsters ages 10 to 17.
“A lot of people think of teenagers and unmarried mothers synonymously, but they are not driving this,” said Stephanie Ventura of the National Center for Health Statistics, a co-author of the report.
Climbing number of C-sections
The government also reported that the rate of births by Caesarean delivery continued to climb in 2005 to a record high, despite efforts by public health authorities to bring down the number.
Many experts believe a large number of C-sections are medically unnecessary and done only for the convenience of the mother or her doctor. 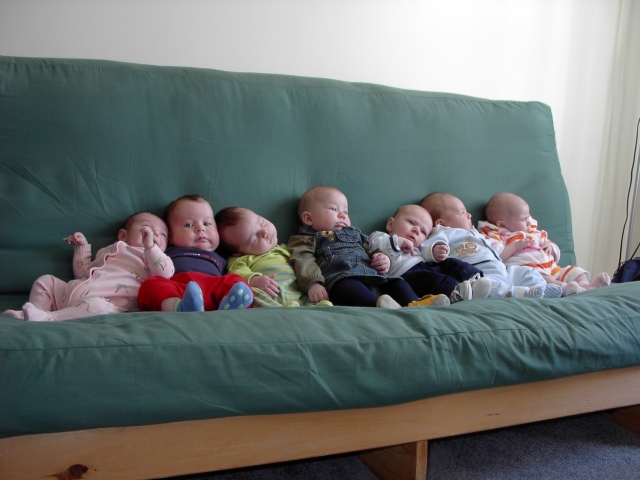 The government report includes information from 99 percent of U.S. birth certificates filed last year. The information for 2005 is considered preliminary, but officials said it is not expected to change much.

About 4.1 million babies were born in the United States last year, up slightly from 2004. More than 1.5 million of those were to unmarried women; that is about 37 percent of the total. In 2004, about 36 percent of births were out of wedlock.
Out-of-wedlock births have been rising since the late 1990s.