Police in Haringey, UK will soon be issued head-mounted video cameras as part of a major effort to cut down on crime in the area.

The £1,400 cameras, each about the size of an AA battery, are strapped to the side of a helmet and can record full motion video. This is stored on a hard drive on the officer’s utility belt and can be used in future legal action.
"The cameras will act as an excellent deterrent for any youngsters intent on causing trouble," said Detective Superintendent Richard Wood.
"Should anyone commit any offences the officers will instantly have the evidence to help them apply for an ASBO or pursue criminal charges.
"If the cameras prove successful they will be deployed to other units within Haringey and could be used to assist police raids and officers working at football matches."
If the trial is successful the scheme could be rolled out across the country to all front line officers.
The trial is part of a wider crackdown on crime in Hackney called Operation Aventail. It will use a variety of technical ideas, such as car number plate scanning to check driver convictions and airport metal detectors to find knives.
Meanwhile 10 UK forces are trialling portable fingerprint scanners in a scheme dubbed Project Lantern.
Motorists will be asked to provide fingerprint scans that are then checked against the national database of 6.5 million sets, which takes about five minutes.

The Home Office estimates that 60 per cent of those stopped by the police give false details so the system will save £2.2m, although figures released by Scottish police indicate that of 90,000 arrests last year only 950 people gave false information.

According to the last survey by Privacy International, the UK is in the bottom five per cent of countries when it comes to intruding on citizens’ privacy. 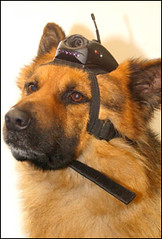