Americans are worrying about all the wrong things, thanks to media overhype. It would be a lot easier to enjoy your life if there weren’t so many things trying to kill you every day.

The problems start even before you’re fully awake. There’s the fall out of bed that kills 600 Americans each year. There’s the early-morning heart attack, which is 40 percent more common than those that strike later in the day.
There’s the fatal plunge down the stairs, the bite of sausage that gets lodged in your throat, the tumble on the slippery sidewalk as you leave the house, the high-speed automotive pinball game that is your daily commute.
Shadowed by peril as we are, you would think we’d get pretty good at distinguishing the risks likeliest to do us in from the ones that are statistical long shots. But you would be wrong.
We agonize over avian flu, which to date has killed precisely no one in the United States, but have to be cajoled into getting vaccinated for the common flu, which contributes to the deaths of 36,000 Americans each year.
We wring our hands over the mad cow pathogen that might be (but almost certainly isn’t) in our hamburger and worry far less about the cholesterol that contributes to the heart disease that kills 700,000 of us annually.
We pride ourselves on being the only species that understands the concept of risk, yet we have a confounding habit of worrying about mere possibilities while ignoring probabilities, building barricades against perceived dangers while leaving ourselves exposed to real ones.

Shoppers still look askance at a bag of spinach for fear of E. coli bacteria while filling their carts with fat-sodden French fries and salt-crusted nachos. We put filters on faucets, install air ionizers in our homes and lather ourselves with antibacterial soap.

"We used to measure contaminants down to the parts per million," says Dan McGinn, a former Capitol Hill staff member and now a private risk consultant. "Now it’s parts per billion."
At the same time, 20 percent of all adults still smoke; nearly 20 percent of drivers and more than 30 percent of backseat passengers don’t use seat belts; two-thirds of us are overweight or obese.
We dash across the street against the light and build our homes in hurricane-prone areas — and when they’re demolished by a storm, we rebuild in the same spot.
Sensible calculation of real-world risks is a multidimensional math problem that sometimes seems entirely beyond us. And while it may be true that it’s something we’ll never do exceptionally well, it’s almost certainly something we can learn to do better.
Which risks get excessive attention and which get overlooked depends on a hierarchy of factors. Perhaps the most important is dread.
For most creatures, all death is created pretty much equal. Whether you’re eaten by a lion or drowned in a river, your time on the savanna is over. That’s not the way humans see things.
The more pain or suffering something causes, the more we tend to fear it; the cleaner or at least quicker the death, the less it troubles us. The more we dread, the more anxious we get, and the more anxious we get, the less precisely we calculate the odds of the thing actually happening.
The same is true for, say, AIDS, which takes you slowly, compared with a heart attack, which can kill you in seconds, despite the fact that heart disease claims nearly 50 times as many Americans than AIDS each year.

We also dread catastrophic risks, those that cause the deaths of a lot of people in a single stroke, as opposed to those that kill in a chronic, distributed way.

Unfamiliar threats are similarly scarier than familiar ones. The next E. coli outbreak is unlikely to shake you up as much as the previous one, and any that follow will trouble you even less.
In some respects, this is a good thing, particularly if the initial reaction was excessive. But it’s also unavoidable given our tendency to habituate to any unpleasant stimulus, from pain and sorrow to a persistent car alarm. 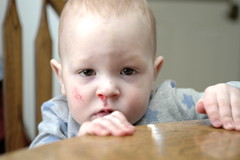 The problem with habituation is that it can also lead us to go to the other extreme, worrying not too much but too little. September 11 and Hurricane Katrina brought calls to build impregnable walls against such tragedies ever occurring again.
But despite the vows, both New Orleans and the nation’s security apparatus remain dangerously leaky.
"People call these crises wake-up calls," says Dr. Irwin Redlener, associate dean of the Mailman School of Public Health at Columbia University and director of the National Center for Disaster Preparedness.
"But they’re more like snooze alarms. We get agitated for a while, and then we don’t follow through."