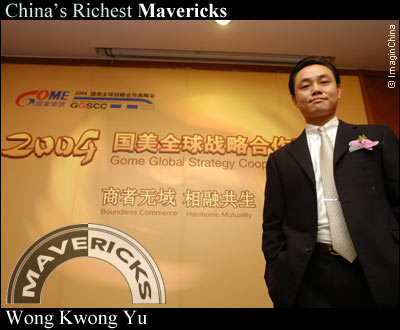 What sort of greeting will the man who’s been declared by Forbes magazine to be one of the richest people on the mainland get? Well, let’s see, there’s applause, of course, a growing reputation, oh yes, jealousy, and, whoops…… jail!

Count on it. The Forbes ranking in China turned out to be the toll of the bell for some of the rich. Once influential tycoons such as Yang Bin and Zhou Zhengyi found themselves under arrest by police and dropping, one by one, rather unceremoniously, from the list.
This doesn’t mean, of course, that all of them have problems, or that they are guilty of some sort of private enterprise "original sin" , as some critics claim.
As China improves its legal framework and market controls, those that get rich in the illegal way are bound to fall upon hard times, with or without the benefit of exposure to such a ranking.
Although magnates behind bars deserve to be punished when they are responsible for their crimes, the country’s economic and administrative systems are not entirely without blame.
The transition to the market economy began way back in 1978. That was a quarter of a century ago. At the Third Plenary Session of the 16th Central Committee of the Communist Party of China (CPC) this past autumn, a major feature was the resolve to improve the socialist market economy, with a feel of "to-be-continued" nature attached to the undertaking.
As is the case in other parts of the world, this market situation has given a push to greedy rent-seekers. Experts estimate that rents accounted for 20 to 40 per cent of the nation’s GDP (gross domestic product) in the late 1980s and early 1990s. In other words, one-third of the nation’s wealth was secretly going into the pockets of rent-gougers and corrupt officials.
Before 2001, the upper 20 per cent of the nation’s income holders held 80 per cent of the savings, but contributed less than 10 per cent of individual income tax, according to a recent report.
Entrepreneurs eager to get ahead in business knew that the lingering effects of the planned economy would not go away overnight. So, to survive and develop, they looked for even the flimsiest business opportunities, sometimes wandering into a mine field.
One prominent example was that of the vigorous private enterprise development in Zhejiang Province, which could be traced all the way back to illegal transactions at the dawn of the reforms, such as illegal down feather deals in the city of Jinhua.
Some business people remarked, jokingly, "Nobody’s innocent," while others regarded it as just part of the cost of the economic reforms.
In addition, arbitrary government meddling exacerbated the problem.
When compared with private enterprise, industries with strong government backing seemed especially fertile ground for producing "dirty" billionaires, as the many cases have shown.
The real estate sector is a prime example. In Forbes’ list of the 500 richest people of the world, only about 30 are in real estate, while, of the 100 richest on the Chinese mainland’s Forbes list, more than 40 are found there. As if that weren’t enough, it so happened that the roundup of those rich guys coincided with the real estate crisis. 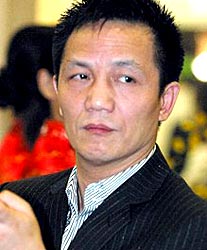 In Zhou Zhengyi’s case, he got preferential treatment with the land rights fee being waived for the development of one spectacular block in Shanghai. This project aroused suspicions because of its manipulated manner and eventually got him caught.
Finance, especially the banking sector, was also heavily involved. China’s banks – most of which are State-owned and under lax controls – have strict lending policies and are especially parsimonious when it comes to entrepreneurs. So, when the billionaires got rolling, they often bribed bankers to secure large loans. It’s not surprising then that, when the billionaires fell, all the loans turned into non-performers, spelling disaster for these banks.
In contrast, the rich in manufacturing seemed to have followed a safer course. The relatively independent status of manufacturing, with less red tape and arbitrary interference, provides an answer in part.
It’s fairly easy to conclude that a fair, friendly, and transparent economy and administration, one providing room for entrepreneurs to develop legally, might be a way of discouraging such wrongdoing and criminality.
However, billionaires are not easily dissuaded and don’t like to wait for things to improve by themselves. Well, that’s fair enough, but a fair playing field is what everyone should be working for. Instead of relying on human relations and trickery, entrepreneurs would be better advised to behave well. Otherwise, today’s beneficiaries of vague market rules could become tomorrow’s victims.
The media also need to be more responsible. Instead of complaining about how hard it is to find an honest figure for their magazine cover, they should work on better communications between the billionaires and the public, and, while they’re at it, a healthier more transparent market as well.
Fortunately, the new generation of billionaires is finding their own way.
NetEase.com chief executive officer William Ding, who is back at the top of the 2003 list on the back of a strong stock market rebound, is better known for his dedication to technology.
Zhou Yiming, one of the youngest billionaires in China, is putting his fortune in the public sector, investing heavily in the energy industry in the country’s wild west.
Liu Hanyuan, with his grass-roots family background, stayed on the Forbes list for the fourth year without much fanfare. The animal feed and farming magnate explains his fortune with a simple theory: help others and you help yourself. This maxim holds true for anyone who aspires to wealth.