Compellis Pharmaceuticals of Boston said it has been issued an initial patent for a nasal spray that aims to treat obesity by blocking the senses of smell and taste. 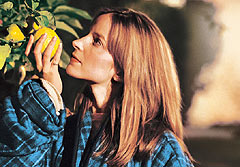 "It seems so simple – blocking the sense of smell and taste," company chief executive Chris Adams wrote in an e-mail. "But it has never been used to treat obesity, and it really does work. Our bodies do not crave what we cannot smell or taste."

Compellis said it has demonstrated the effectiveness of its treatment in tests with animals and hopes to begin testing on people next year.

The US Patent and Trademark Office has granted Compellis "the initial patent in a series of patent applications covering the platform technology" behind its treatment, the company said.

Compellis calls its potential product CP404 and describes it as a "calcium channel blocker used in a nasal formulation to block olefactory activity and reduce food intake."