Damage to a silver dollar-sized region deep in the brain called the insula may completely erase the body’s urge to smoke, according to new research. 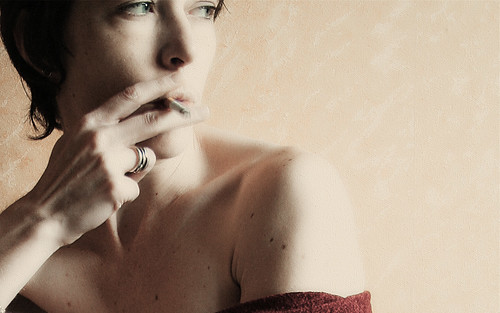 Obviously brain damage is not a treatment option for nicotine addiction, but the new results may offer leads for therapies to help smokers kick the habit or for monitoring smokers’ progress while using existing therapies, say reports in latest issue of the journal Science.
The study was largely inspired by a patient who had smoked around 40 cigarettes a day before his insula was damaged by a stroke. He then quit smoking immediately after, telling the researchers that his body "forgot the urge to smoke".
The research studied 69 patients with brain damage who had been smokers before the damage occurred. Overall, patients who had quit easily were much more likely to have damage to the insula rather than anywhere else in the brain.
Thirteen of the insula-damaged patients had quit smoking, and 12 of them had done so quickly and easily, reporting that they had felt no urges to smoke since quitting.
The insula receives information from other parts of the body and is thought to help translate those signals into something we subjectively feel, such as hunger, pain, or craving for a drug.
Compared to other brain regions, the insula has not attracted very much attention in drug addiction research until now, but some imaging studies have shown that this region is activated by drug-associated cues, such as the sight of people doing drugs or drug paraphernalia.
Though intriguing, the possibility of insula-targeting drugs that might help smokers quit is still a long way off. More immediately, it may be possible to monitor the success of current smoking cessation therapies by measuring the activity within this brain region.