A $2 per serving cancer cure has been found by Researchers at the University of Alberta in Edmonton, Canada yet most of the media world is silent.. Since this is not a patentable drug from a major drug company with little profit potential, it has received very little coverage. 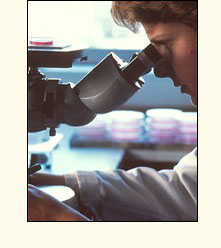 Scientists may have cured cancer last week.  So, why haven’t the media picked up on it?
Here’s the deal. Researchers at the University of Alberta in Edmonton, Canada found a cheap and easy to produce drug that kills almost all cancers. The drug is dichloroacetate, and since it is already used to treat metabolic disorders, we know it should be no problem to use it for other purposes.
Doesn’t this sound like the kind of news you see on the front page of every paper?
The drug also has no patent, which means it could be produced for bargain basement prices in comparison to what drug companies research and develop.
Scientists tested DCA on human cells cultured outside the body where it killed lung, breast and brain cancer cells, but left healthy cells alone. Rats plump with tumors shrank when they were fed water supplemented with DCA.
Again, this seems like it should be at the top of the nightly news, right?
Cancer cells don’t use the little power stations found in most human cells – the mitochondria. Instead, they use glycolysis, which is less effective and more wasteful.
Doctors have long believed the reason for this is because the mitochondria were damaged somehow. But, it turns out the mitochondria were just dormant, and DCA starts them back up again.

The side effect of this is it also reactivates a process called apoptosis. You see, mitochondria contain an all-too-important self-destruct button that can’t be pressed in cancer cells. Without it, tumors grow larger as cells refuse to be extinguished. Fully functioning mitochondria, thanks to DCA, can once again die.
With glycolysis turned off, the body produces less lactic acid, so the bad tissue around cancer cells doesn’t break down and seed new tumors.
Here’s the big catch. Pharmaceutical companies probably won’t invest in research into DCA because they won’t profit from it. It’s easy to make, unpatented and could be added to drinking water. Imagine, Gatorade with cancer control.
So, the groundwork will have to be done at universities and independently funded laboratories. But, how are they supposed to drum up support if the media aren’t even talking about it?
All I can do is write this and hope Google News picks it up. In the meantime, tell everyone you know and do your own research.
EDITORS NOTE:
Since the original publication of this article we have been inundated with responses from the public at all walks of life. It is important to note that research is ongoing with DCA, and not everyone is convinced it will turn out to be a miracle drug. There have been many therapies that were promising in vitro and in animal models that did not work for one reason or another in humans. To provide false hope is not our intention. There is a lot of information on DCA available on the web, and this column is but one opinion on the topic. We hope you will do your own research into the situation. So, we have added links to resources at the end of this column.
END NOTE

One “Cure for Cancer Found But No One is Talking”