Up to 70% of files exchanged between Saudi teenagers’ mobile phones contain pornography, according to a study in the ultra-conservative Muslim kingdom. 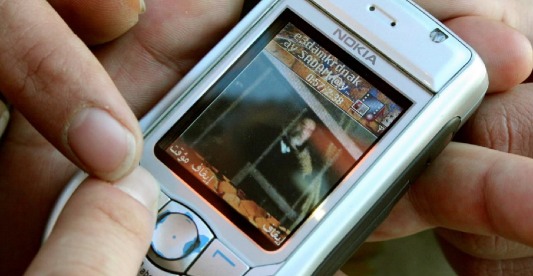 The study quoted in Arab News focussed on the phones of teenagers detained by religious police for harassing girls.
The same researcher also found that 88% of girls say they have been victims of harassment using Bluetooth technology.
Saudi Arabia has toughened penalties for misuse of mobile phones which challenge its strict social traditions.
"The flash memory of mobile phones taken from teenagers showed 69.7% of 1,470 files saved in them were pornographic and 8.6% were related to violence," said report author Professor Abdullah al-Rasheed.
He presented his study at a seminar organised by the King Fahd Security Academy, Arab News reports.
Public social contact between genders is banned in public in Saudi Arabia, which enforces a strict interpretation of Islamic law and morality.
But the spread of Bluetooth technology, allowing wireless connection between mobile phones, has allowed for increased opportunities of communication as well as abuse by predatory young men.