Cafe-crazy Australians in the last decade have embraced coffee in all its forms, but they’ve saved the most expensive – and excremental – for last. 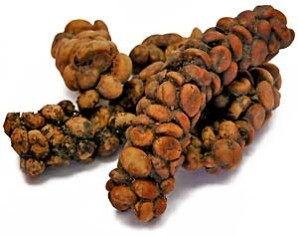 Kopi Luwak, made in neighbouring Indonesia from coffee beans excreted by native civet cats, is reputedly the world’s rarest and most expensive coffee, painstakingly extracted by hand from the animals’ forest droppings.

When roasted, the resulting beans sell for around $1,000 a kilogramme and brew into a earthy, syrupy, coffee acknowledged by connoisseurs as one of the world’s finest.

Despite the closeness of the coffee’s home on the islands of Sumatra, Java and Sulawesi, Australia’s first civet cat brew has only just gone on sale in Queensland state, selling for A$50 a cup at the Heritage Tea Rooms, west of Townsville.

"Everyone calls it cat poo coffee," cafe owner Michelle Sharpe said. "People who willingly pay the $50 are uplifted by the thrill of the experience," her husband Allan Sharpe said.

Civet cats, considered a delicacy in China, are linked to the SARS respiratory virus that emerged in the south of that country in 2002 and spread globally.

Kopi Luwak joins a booming coffee scene in Australia, which has seen consumption grow from 300 grams per person in 1939, to 2.4 kilogrammes a head, or 1.26 billion cups a year worth A$3 billion ($2.5 billion) in sales.

Around a dozen people a month try out the exotic brew, with reactions so far 99% favourable. "It’s as good as my private life is bad. This is the kind of coffee you renounce your religion and sell your child for," one taster quoted by AAP said.