The New York Times reports that the full genome of James D. Watson, one of the discoverers of the structure of DNA in 1953, has been deciphered, marking what some scientists believe is the gateway to an impending era of personalized genomic medicine. 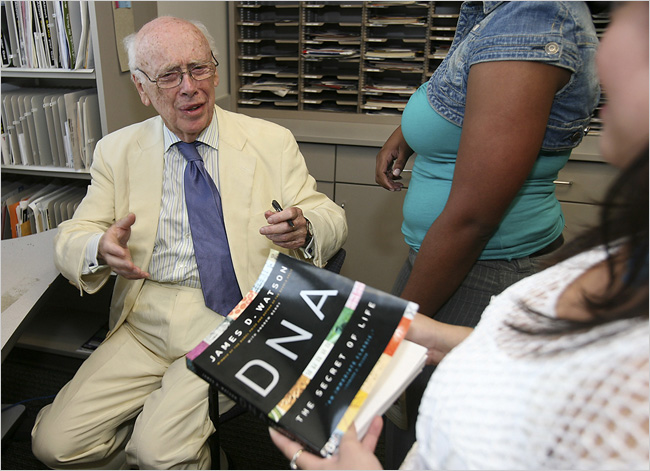 James D. Watson, co-discoverer of the DNA helix and father of the Human Genome Project, prepares to autograph his book at the Baylor College of Medicine’s Human Genome Sequencing Center.