"Blog", "netiquette", "cookie" and "wiki" have been voted among the most irritating words spawned by the Internet, according to the results of a poll published Thursday. 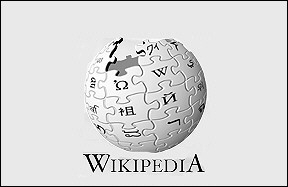 Topping the list of words most likely to make web users "wince, shudder or want to bang your head on the keyboard" was folksonomy, a term for a web classification system.
"Blogosphere", the collective name for blogs or online journals, was second; "blog" itself was third; "netiquette", or Internet etiquette, came fourth and "blook", a book based on a blog, was fifth.
"Cookie", a file sent to a user’s computer after they visit a website, came in ninth, while "wiki", a collaborative website edited by its readers, was tenth.
British pollsters YouGov questioned 2,091 adults earlier this month for the poll commissioned by the Lulu Blooker Prize, a literary award for books, which released the results in a statement.
Earlier this month, the growing use of words inspired by cyberspace was highlighted when the Collins English Dictionary announced that a string of them would be included in their ninth edition.
These included "me-media", a term for personal content websites such as Facebook, and "godcast", a religious service which has been converted to an MP3 format.
The dictionary’s compilers monitor the use of English through a 2.5 billion word database of websites, magazines, books, journals, newspapers and broadcast transcripts to help them decide if new words should be included.