Bernard Lamb, a reader in genetics at Imperial College, London, hopes that by publishing the errors he has noted during years of marking papers, it will pressure education ministers into raising teaching standards. 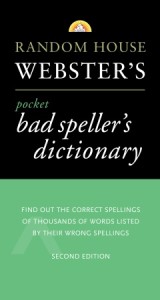 ‘Errors in the English of highly selected undergraduates”, to appear in the next issue of the Queen’s English Society’s journal Quest, will outline howlers such as students discussing "cows inseminated by seamen”.

"Rouge” genetic elements get a mention, as does plants "sewn” together while the frequent missuse of "compliment” for "complement”, "effect” instead of "affect” and "sun” for son” will be highlighted.

The students were all in the second and third years of undergraduate degrees.

"We are aiming to improve education because if school leavers put in job applications full of errors it’s going to have a bad effect on their careers and their firm’s progress.

"It’s very important people should be able to express themselves clearly and accurately for their benefit and the country’s.”

In 1992, Mr Lamb studied the English of arts and science undergraduates at 17 British universities and found that tutors were "despairing” of their students’ grasp of the language.

The declining state of English usage among native speakers is an old chestnut among traditionalists.

Many blame a lack of formal teaching in schools, which has a knock-on effect in the education system.

Text messaging or an increasing reliance on computer spell checkers are also blamed.

Some sticklers have set up groups to protect the language, including The Apostrophe Protection Society.

There is even a (mostly) tongue-in-cheek group on Internet social networking site Facebook called "If you can’t differentiate between ‘your’ and ‘you’re’ you deserve to die”.