Looming over the Chaoyang district of Beijing, the rising headquarters of China Central Television, or CCTV, will soon angle and cantilever like a colossal Constructivist doughnut, threatening to writhe free of the scaffolding that barely harnesses it. 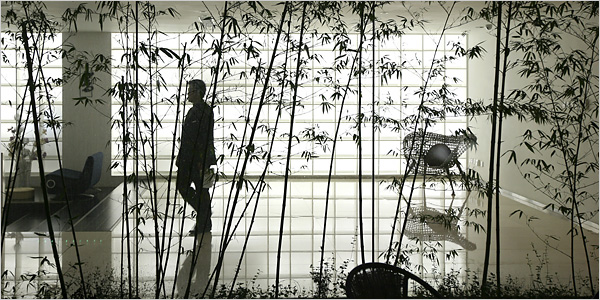 Designed by Rem Koolhaas and Ole Scheeren of the radical Dutch firm OMA, it will be a gravity-defying, 755-foot-tall monument to architectural derring-do — an audacious beacon and backdrop from which the images of a newly ascendant China will be beamed across the globe, one year from now, during the 2008 Summer Olympics.