Scientists at the Smithsonian Institute’s National Zoo have embarked on a project aimed at saving microscopic threatened species. 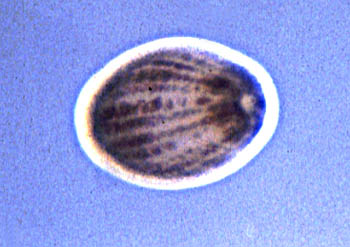 Earlier in August, zoo Reproductive Scientist, Dr. Mary Hagedorn, and Invertebrates Keeper Mike Henley, travelled to Puerto Rico with marine scientists involved with SECORE (SExual COral REproduction) to collect and artificially inseminate coral.
Dr Hagedorn is pioneering the cyropreservation (freezing, storing and thawing) of coral sperm and eggs. Working in collaboration with SECORE, she is trying to create a genome resource bank, which will help preserve the genetic diversity of corals.
The team captured spawning coral gametes in nets during night dives and transferred them back to their laboratory on the beach for research and artificial insemination.
Using 75 feet of specially designed flexible PVC piping that could be bent around the coral so as not to harm it, the team created a water-flow system that allowed water from the ocean to continuously flow in and out of the coral larvae enclosure located in the beachfront laboratory.
Keeping the water fresh and at a constant temperature is essential for corals that flourish in stable environments.
"Conservation of a delicate underwater species is always a challenge. We achieved some important milestones this year, including learning more about the larvae rearing process, and we were able to cryopreserve the endangered coral sperm. Given more research, this technique may become instrumental in helping re-establish healthy coral populations in the Caribbean," said Dr Hagedorn.
Elsewhere, at the Zoo’s Invertebrates Exhibit, keeper Mike Henley tried coaxing the 12,000 coral larvae to settle in a specially designed tank.
The 90-gallon, salt-water tank features high-wattage lights and a custom-built surge device that mimics the movement of the surf in the coral’s native Caribbean habitat.
From the original 12,000, 158 larvae settled onto specially designed tiles and formed polyps – millimetre-sized corals that could eventually grow to be 10 feet wide.
Henley plans to continue planting the corals throughout the next few months, as it is very difficult to rear a fragile species in captivity.
"We hope we can establish a captive population of Elkhorn that can be reintroduced to the wild. If this year’s collection does not meet the criteria, hopefully future SECORE ‘recruits’ will yield possible candidates," said Henley.