Chris Harne is either bonkers or brilliant. The 25-year-old middle-class suburbanite who says he doesn’t care for material consumption has a plan to live for free, or very little: set up house in a box truck. 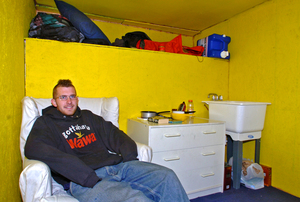