Nearly half of British men surveyed would give up sex for six months
in return for a 50-inch plasma TV, a survey — perhaps unsurprisingly
carried out for a firm selling televisions — said on Friday. 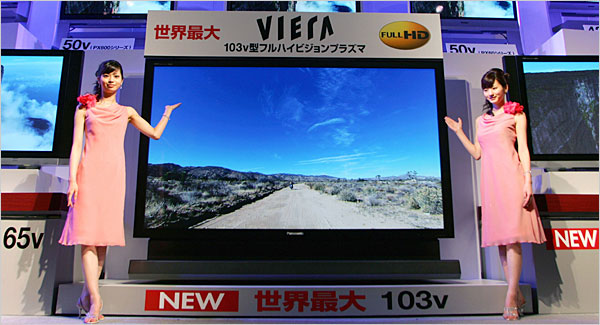 Electrical retailer Comet surveyed 2,000 Britons, asking them what
they would give up for a large television, one of the latest consumer
"must-haves".

The firm found 47 percent of men would give up sex for half a year, compared to just over a third of women.

"It seems that size really does matter more for men than women," the firm said.

A quarter of people said they would give up smoking, with roughly the same proportion willing to give up chocolate.

Editor’s Note: Not surprizingly, 53% of the men surveyed already had a big screen TV.