The spice blaster is a project designed by Chinese designers Zhu Fei
and was one of the entries from designboom’s recent “dining in 2015″
competition. (w/pic) 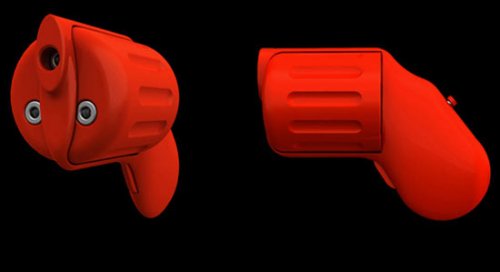 We hope it becomes real in the near future, because shooting spices
at food sounds like alot of fun. Not to mention the mischief you could
get into with this gun. Imagine shooting pepper at that annoying
someone and making them sneeze for a good half hour.
Yes this could be a fun toy. The idea here is that by using an air bag
that compresses when the trigger is pressed, the spice gun blasts
seasoning all over your food. This could be fun if you worked in a
restaurant as well. Just run out into the dining area and randomly
shoot spices at people’s food. You may not have your job after that,
but those would be some good times.