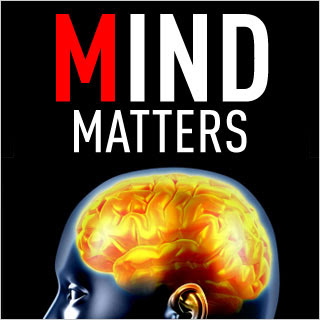 Consciousness arises as an emergent property of the human mind. Yet basic questions about the precise timing, location and dynamics of the neural event(s) allowing conscious access to information are not clearly and unequivocally determined.

Some neuroscientists have even argued that consciousness may arise from a single “seat” in the brain, though the prevailing idea attributes a more global network property.

Do the neural correlates of consciousness correspond to late or early brain events following perception? Do they necessarily involve coherent activity across different regions of the brain, or can they be restricted to local patterns of reverberating activity?

A new paper suggests that four specific, separate processes combine as a “signature” of conscious activity. By studying the neural activity of people who are presented with two different types of stimuli – one which could be perceived consciously, and one which could not – Dr. Gaillard of INSERM and colleagues, show that these four processes occur only in the former, conscious perception task.

This new work addresses the neural correlates of consciousness at an unprecedented resolution, using intra-cerebral electrophysiological recordings of neural activity. These challenging experiments were possible because patients with epilepsy who were already undergoing medical procedures requiring implantation of recording electrodes agreed to participate in the study. The authors presented them with visually masked and unmasked printed words, then measured the changes in their brain activity and the level of awareness of seeing the words. This method offers a unique opportunity to measure neural correlates of conscious access with optimal spatial and temporal resolutions. When comparing neural activity elicited by masked and unmasked words, they could isolate four converging and complementary electrophysiological markers characterizing conscious access 300 ms after word perception.

All of these measures may provide distinct glimpses into the same distributed state of long-distance reverberation. Indeed, it seems to be the convergence of these measures in a late time window (after 300 ms), rather than the mere presence of any single one of them, which best characterizes conscious trials. “The present work suggests that, rather than hoping for a putative unique marker – the neural correlate of consciousness – a more mature view of conscious processing should consider that it relates to a brain-scale distributed pattern of coherent brain activation,” explained neuroscientist Lionel Naccache, one of the authors of the paper.

The late ignition of a state of long distance coherence demonstrated here during conscious access is in line with the Global Workspace Theory, proposed by Stanislas Dehaene, Jean-Pierre Changeux, and Lionel Naccache.