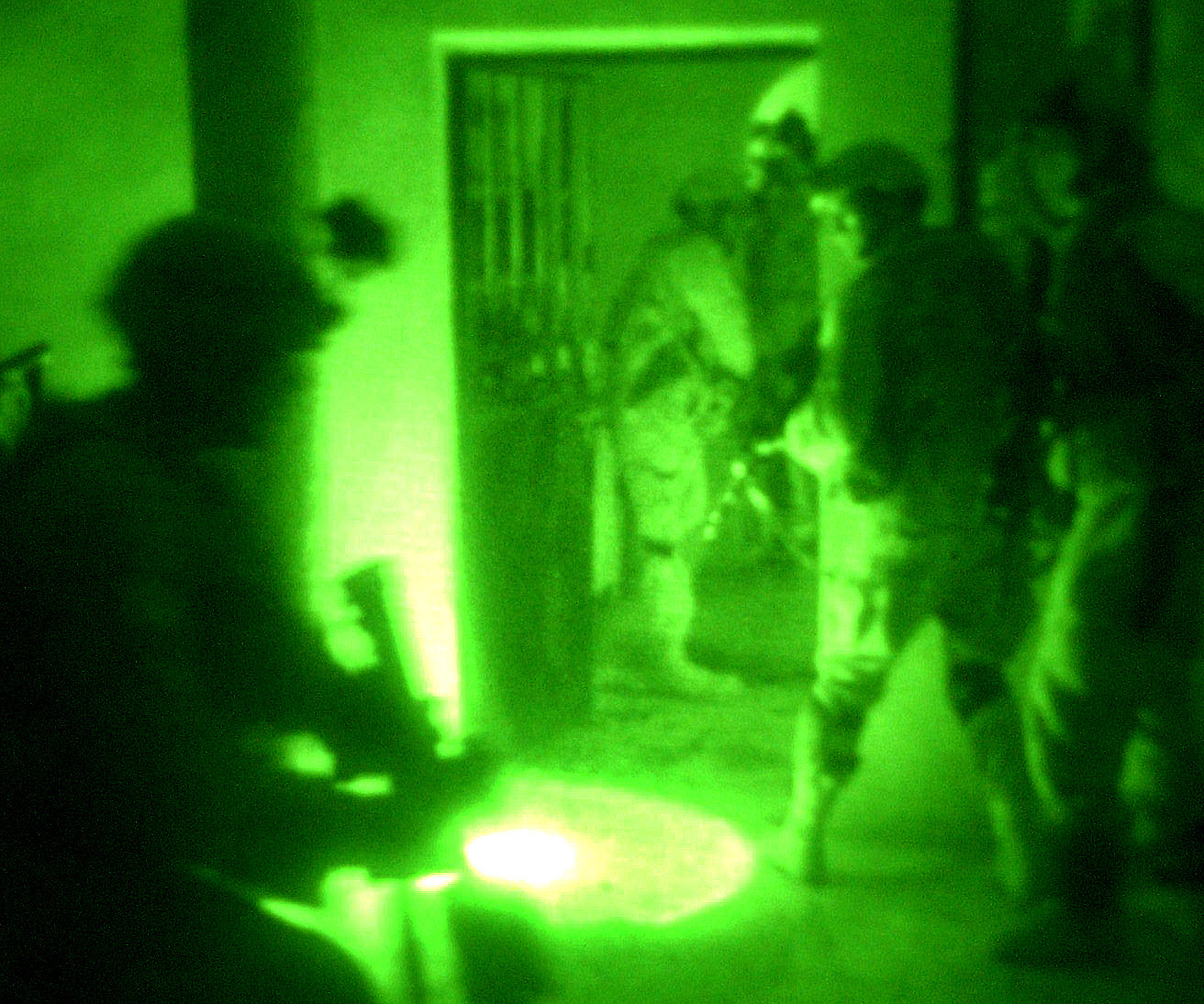 Researchers have discovered an important element for making night vision possible in nocturnal mammals: the DNA within the photoreceptor rod cells responsible for low light vision is packaged in a very unconventional way, according to a report in the April 17th issue of Cell.

That special DNA architecture turns the rod cell nuclei themselves into tiny light-collecting lenses, with millions of them in every nocturnal eye.

“The conventional architecture seen in almost all nuclei is invariably present in the rod cells of diurnal mammals, including primates, pigs and squirrels,” said Boris Joffe of Ludwig-Maximilians University Munich. “On the other hand, the unique inverted architecture is universally present in nocturnal mammals,” for instance, mice, cats and deer.

That architecture has important ramifications for the optical properties of those cells, added Jochen Guck of the University of Cambridge. “Diurnal nuclei are basically scattering obstacles,” he said. “In nocturnal animals, they are little lenses. In one case, light is scattered in all directions and in the other it is focused in the forward direction,” meaning that even at night, what little light there is can travel deeper into the eye where it can be perceived.

Coming to the realization that the structure of the nuclei of rod cells might have something to do with animals’ behavior at night versus during the day took a great leap and an interdisciplinary team, Joffe added. That’s because biologists typically think of DNA and its packaging into chromatin in terms of its effect on gene activity. “We tried every other possible explanation,” Joffe added. “The idea that it had something to do with vision was a daring idea. People laughed at first.”

In non-dividing cells, DNA is associated with proteins to form the so-called chromatin, with more condensed “heterochromatin” at the periphery and less condensed “euchromatin” in the interior. Although cell type-specific variants of nuclear architecture can differ notably in details, the researchers explained, the pattern described above is nearly universal and is conserved in both single-celled and multicellular organisms. The reason for the evolutionary stability of nuclear architecture is most probably the important role that the spatial arrangement of chromatin plays in regulating nuclear functions, they said.

Given that notion, the team took great interest in the fact that the nuclei of mouse rod cells shows essentially the opposite, inverted pattern. The central portion of their nuclei is occupied by a large mass of heterochromatin, while transcription factors that control the activity of genes are enriched at the nuclear periphery.

Mice aren’t born with those unusual rod cells, they now report. Rather, the conventional nuclear architecture in their rod cells is completely transformed over the animals’ first few weeks into the inverted pattern.

The inverted nuclear architecture found in mice is also present in other nocturnal animals, they found. “Our data revealed a wholly unexpected but very clear correlation between the rod nuclear architecture and lifestyle that was further supported by data on nearly forty animals,” the researchers said. “Nocturnal mammals had the inverted pattern, while the diurnal ones showed the conventional one.”

The correlation between the inverted nuclear architecture and night vision suggested that the inverted pattern might have an optical ramification, they said. After all, nocturnal mammals see at light intensities a million times lower than those available during the day, and their rod photoreceptors are known to possess a light sensitivity down to the level of a few photons. This high sensitivity demands a large number of rod cells, which increases the thickness of the retinas’ outer nuclear layer (ONL). The optimization of light transmission through the ONL could therefore provide crucial advantages for nocturnal vision.

Indeed, measurements of how individual nuclei taken from the rod cells of nocturnal animals interact with light show that they act as collecting lenses. Computer simulations indicate that columns of such nuclei like those found in nocturnal animals’ retinas would channel light efficiently toward the light-sensing rod outer segments.

The importance of this special nuclear arrangement comes only when you consider the columns, Guck said. “If each nuclei scattered light, it would all be over. The inversion in nocturnal animals makes sure that light is passed from one nucleus to the next. It is handed down so that it doesn’t scatter.”

The results show that despite the strong evolutionary conservation of the conventional pattern, nuclear architecture in rod cells was modified several times in the evolution of mammals, Joffe said.