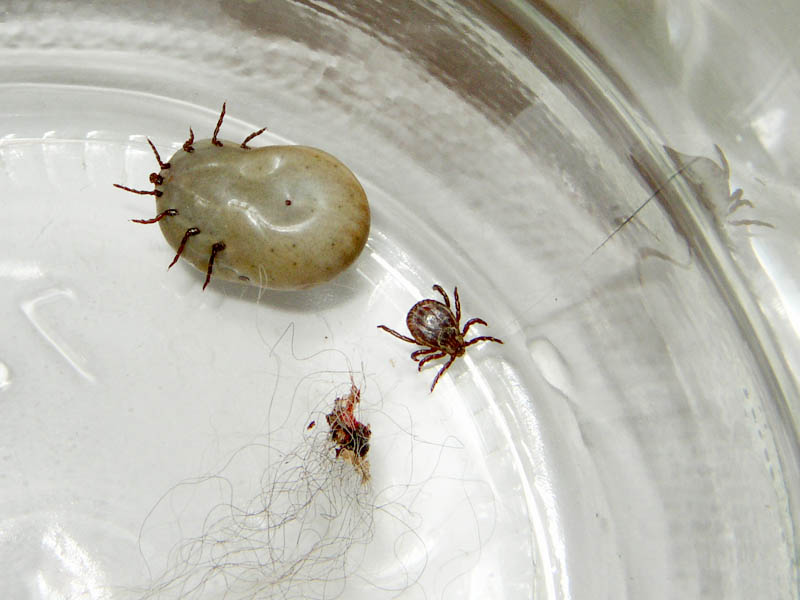 In a finding that suggests how global warming could impact infectious disease, scientists from Yale University, in collaboration with other institutions, have determined that climate impacts the severity of Lyme Disease by influencing the feeding patterns of deer ticks that carry and transmit it.

Deer ticks live for two years and have three stages of life – larval, nymphal and adult. They obtain one blood meal during each stage in order to survive. If the source of the first meal (a mouse, bird or other small animal) is infected with the bacterium that causes Lyme Disease, the tick also becomes infected and passes it on to its next meal source – be it wildlife or human – in its second life stage as a nymph.

But, as the Yale team demonstrates, it’s the seasonal cycle of feeding for each stage of the tick’s life that determines the severity of infection in a given region. The researchers found that this cycle is heavily influenced by climate. In the moderate climate of the Northeastern United States, larval deer ticks feed in the late summer, long after the spring feeding of infected nymphs. This long gap between feeding times directly correlates to more cases of Lyme Disease reported in the Northeast, say the scientists.

“When there is a longer gap, the most persistent infections are more likely to survive,” explains Durland Fish, Professor of Epidemiology at Yale School of Public Health and corresponding author of the study. “These persistent bacterial strains cause more severe disease in humans, leading more people to seek medical attention and resulting in more case reports.”

But in the Midwest, where there are greater extremes of temperature, there is a shorter window of opportunity for tick feeding, and therefore a shorter gap between nymphal and larval feedings. Because of this, report the scientists, Midwestern wildlife and ticks are infected with less persistent strains, which correlates with fewer cases of Lyme Disease reported in the Midwest.

The clear implication of this research, say the researchers, is that, as the planet warms, the Upper Midwest could find itself in the same situation as the Northeast: longer gaps between nymphal and larval feeding, and therefore, stronger, more persistent strains of Lyme Disease.

“Other diseases, such as malaria, have been projected to expand in response to climate change,” explains project leader Maria Diuk-Wasser, Assistant Professor of Epidemiology at Yale School of Public Health and senior author, “But this is the first study to show how the severity of disease can also be related to climate.”

The study was conducted by two former Yale graduate students who shared first authorship on the paper: Anne Gatewood, a Ph.D. student now at Harvard, and Kelly Liebman, a Master of Public Health student now at University of California, Davis.

The paper appears in the April issue of Applied and Environmental Microbiology. Other authors are: Paul Cislo of Yale School of Public Health; Gwenael Vourc’h of the National Institute for Agricultural Research, Saint Genes Champanelle, France; Jonas Bunikis and Alan G. Barbour of the University of California, Irvine; Sarah A. Hamer and Jean Tsao of Michigan State University; Roberto Cortinas of the University of Nebraska, Lincoln; Forrest Melton of California State University, Monterey Bay; and Uriel Kitron from Emory University, Atlanta.