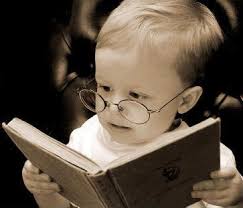 If only this were the case in America

Full-term babies are born with a key collection of networks already formed in their brains, according to new research that challenges some previous theories about the brain’s activity and how the brain develops.

The study is published in the journal Proceedings of the National Academy of Sciences.

Researchers led by a team from the MRC Clinical Sciences Centre at Imperial College London used functional MRI scanning to look at ‘resting state’ networks in the brains of 70 babies, born at between 29 and 43 weeks of development, who were receiving treatment at Imperial College Healthcare NHS Trust.

Resting state networks are connected systems of neurons in the brain that are constantly active, even when a person is not focusing on a particular task, or during sleep. The researchers found that these networks were at an adult-equivalent level by the time the babies reached the normal time of birth.

Professor David Edwards, lead author of the study from the MRC Clinical Sciences Centre at Imperial College London, said: “Some researchers have said that the default mode network is responsible for introspection — retrieving autobiographical memories and envisioning the future, etc. The fact that we found it in newborn babies suggests that either being a fetus is a lot more fun than any of us can remember — lying there happily introspecting and thinking about the future — or that this theory is mistaken.

“Our study shows that babies’ brains are more fully formed than we thought. More generally, we sometimes expect to be able to explain the activity we can see on brain scans terms of someone thinking or doing some task. However, most of the brain is probably engaged in activities of which we are completely unaware, and it is this complex background activity that we are detecting.”

The researchers found that the resting state networks mainly develop after 30 weeks — in the third trimester — and are largely complete by 40 weeks when most babies are born. They reached their conclusions after carrying out functional MRI scans on 70 babies, born at between 29 and 43 weeks of development, who were receiving treatment at Imperial College Healthcare NHS Trust and whose parents had given consent for them to be involved in the study. Some of the babies scanned were under sedation and others were not, but the researchers found no difference in results between sedated and non-sedated babies.

The researchers used a 4-dimensional brain atlas developed with scientists in the Department of Computing at Imperial College London to map the activity that they found in the babies’ brains against what is known about the location of different brain networks.

The next step for this research is to find out how these networks are affected by illnesses and to see if they can be used to diagnose problems.

The research involved collaboration between researchers at Imperial College London and clinicians at Imperial College Healthcare NHS Trust, as part of the Academic Health Science Centre (AHSC), a unique kind of partnership between the College and the Trust, formed in October 2007. The AHSC’s aim is to improve the quality of life of patients and populations by taking new discoveries and translating them into new therapies as quickly as possible.

The study was carried out by researchers from Imperial College London and University College London, who are funded by the Medical Research Council, the Wellcome Trust and the Garfield Weston Foundation.