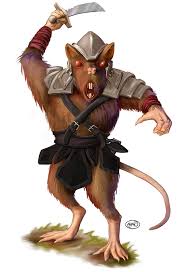 Can I Have Some of that Potion?

Everybody knows that if you’re physically fit, you’re less likely to get a wide range of diseases. What most people don’t know is that some people are “naturally” in better shape than others, and this variation in conditioning makes it difficult to test for disease risk and drug effectiveness in animal models.

A new research paper published in the November 2010 print issue of The FASEB Journal started out as a study to explain the strong statistical link between low aerobic exercise capacity and common diseases, but ultimately led to an animal model that breaks through the limitations of current systems that target single disease pathways.

Because common disease risks arise from complex interactions of many genetic pathways, future animal model systems, like this one, must account for multiple pathways. The animal model developed in this study can be used to evaluate mechanisms by which positive and negative environmental effects influence disease risks and explore a wide variety of pathways, rather than focusing on a single target.

“We hope that our approach of using a more realistic animal model system of disease risks will lead to information that is explanatory and ultimately predictive of mechanisms underlying disease,” said Heikki Kainulainen, Ph.D., co-author of the study from the Neuromuscular Research Center at the University of Jyväskylä in Finland. “This seems to be the only path for developing diagnostics and therapeutics that have high efficacy.”

To create this animal model, researchers bred high-runners with high-runners and low-runners with low-runners to divide and concentrate the genes for these traits in two groups of rats. After 11 generations of selection, “high-runner” rats could run three times as far as the “low-runner” rats. The low-runner rats appeared to be at a higher risk for disease than the high-runner rats. Genetic analysis of the two groups of rats revealed that the expression levels of seven functionally related groups of genes correlated with differences in aerobic running traits and disease risks between the low- and high- runner rats. This makes the low-runner and high-runner rat model system a valuable tool to explore mechanisms underlying disease risks at all levels of biological organization.

“Genes that increase resistance to common diseases in high-runner rats are also present across species,” said Gerald Weissmann, M.D., Editor-in-Chief of The FASEB Journal. “As our understanding of disease grows in complexity, so does our need for animal models that can mimic disease susceptibility in humans.”