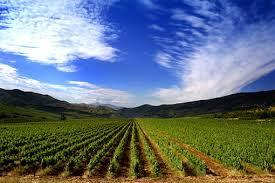 Nature’s capacity to store carbon, the element at the heart of global climate woes, is steadily eroding as the world’s farmers expand croplands at the expense of native ecosystem such as forests.

The tradeoff between agricultural production and maintaining nature’s carbon reservoirs — native trees, plants and their carbon-rich detritus in the soil — is becoming more pronounced as more and more of the world’s natural ecosystems succumb to the plow. The problem, experts say, is most acute in the tropics, where expanding agriculture often comes at the expense of the tropical forests that act as massive carbon sinks because of their rich diversity and abundance of plant life.

The seriousness of the problem is documented in the most comprehensive and fine-grained analysis of the world’s existing carbon stocks and global crop yields. The study is published online this in the Proceedings of the National Academy of Sciences (PNAS) by a team of researchers from the University of Wisconsin-Madison, the University of Minnesota, Stanford University, Arizona State University and The Nature Conservancy. The article is part of a special PNAS feature on climate mitigation and agricultural productivity in the tropics.

“We analyzed the tradeoffs between carbon storage and crop production at a level of detail that has never been possible before,” according to Stephen Carpenter, one of the senior authors of the study and a professor at the Center for Limnology at UW-Madison. “The main news is that agricultural production by clearing land in the tropics releases a lot of greenhouse gases per unit of food produced.”

Compared to the world’s temperate regions, the tropics release nearly twice as much carbon to the atmosphere for each unit of land cleared, explains Paul C. West, a UW-Madison graduate student and the lead author of the new study. “Tropical forests store a tremendous amount of carbon, and when a forest is cleared, not only do you lose more carbon, but crop yields are not nearly as high as they are in temperate areas.”

“This creates a kind of ‘double whammy’ for a lot of tropical agriculture: we have to clear carbon-rich ecosystems to create tropical croplands, and unfortunately they often have lower yields than temperate systems,” says Jonathan Foley, director of the University of Minnesota’s Institute on the Environment and a co-author on the study. “In terms of balancing the needs of food production and slowing carbon dioxide emissions, this is a tough tradeoff.”

In the tropics, for example, it is estimated that for every ton of crop yield, carbon stocks are diminished by as much as 75 tons. Such attrition, say West and his colleagues, makes a strong case for intensifying agriculture on already-converted land instead of putting new fields into production.

“One path is to expand agricultural land,” says West. “The other path is to intensify agriculture on existing lands. The realty is there will be some of both.”