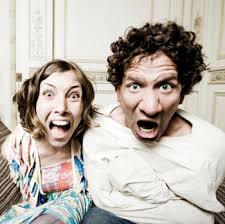 Every person emits the equivalent of approximately two tonnes of carbon dioxide a year from the time food is produced to when the human body excretes it, representing more than 20% of total yearly emissions. That is what a study by the Universidad de Almería says, confirming for the first time that human excrements contribute to water pollution, primarily with nitrogen and phosphorus.

A team of researchers from the Universidad de Almería (UAL) has estimated the environmental impact of the Spanish diet and role that human excrements play in the life cycle of food. It is the first time that a scientific study of this type incorporates the role played by human excrements.

The study, which was published recently in The International Journal of Life Cycle Assessment, analyses the relationship of the food production and consumption chain with global warming and the acidification and eutrophication (excess of nutrients) of the environment, taking what a person in Spain ate in 2005 (881 kilograms) as a reference.

According to the study, producing food from animals, such as meat and dairy products, causes the greatest impact. Agriculture, livestock, fishing and the food industry are the greatest source of carbon dioxide water pollution, but in both cases the effects of human excretion (through breathing or due to waste water treatment) are next on the list.

“Human excretion contributes significantly to water polluting through providing organic matter and nutrients, such as nitrogen and phosphorus, which fosters the growth of algae, a decrease in the level of oxygen dissolved in the water, bad smells and other problems associated to eutrophication,” Muñoz says, “although such effects are minimised by the purification processes performed before wastewaters are discharged into rivers or to the coast.”

The researcher makes the point that returning these wastewaters to the environment is not a bad thing in itself, as they are nutrients, just like manure is reused as fertiliser in agriculture.

“The problem is that in many cases our rivers have a very low water level and find it difficult to soak up wastewaters, not only from excrements, but also from other sources such as pesticides and fertilisers used in farming and pollutants from industry,” Muñoz indicates.

The researchers have also estimated the CO2 and methane produced by the human metabolism and the energy consumption associated to aspects such as using toilet paper, soap and basin water, together with the treatment of sewage at treatment stations.

As regards emissions, “human excrements have a net null effect on global warming, as they are offset by carbon fixation in photosynthesis. As a result, they do not contribute to increasing the concentration of CO2 in the atmosphere.”