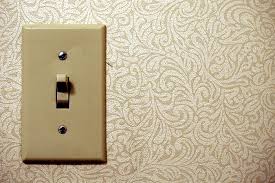 Chandra Tucker shines a blue light on yeast and mammalian cells in her Duke University lab and the edges of them start to glow. The effect is the result of a light-activated switch from a plant that has been inserted into the cell.

Researchers could use this novel “on-off switch” to control cell growth or death, grow new tissue or deliver doses of medication directly to diseased cells, said Tucker, an assistant research professor in the biology department at Duke.

She and colleagues created the switch by genetically inserting two proteins from a mustard plant, Arabidopsis thaliana, into yeast cells, kidney cells and cultured rodent brain tissue. The two proteins interact under light to provide the control over cell functions.

The switch is similar to one described last year where researchers genetically inserted a different light-receptive plant protein and its interacting protein partner from Arabidopsis into mammalian cells. In response to red light, these proteins interacted to cause mammalian cells to change shape, moving in the direction of the light.

Tucker’s switch uses Arabidopsis proteins that respond to blue light. Unlike the red-light activated proteins, which need an added cofactor, a chemical that is required for the light response, the blue-light switch doesn’t need any additional chemicals to work because it uses a cofactor that naturally exists in non-plant organisms.

“It’s hard to deliver a chemical to a fly or to individual cells. This new approach, with one of the molecules already in the mammalian or yeast cells, makes building a light-controlled switch a lot easier,” Tucker said. Her team describes the switch in the Oct. 31 Nature Methods.

The switch is one among several that have been designed to give researchers better control of different functions of the cell. The next step in developing the switch will be to make the interacting proteins more effective, Tucker said. The approach is expected to be applicable not only for studies in cultured cells and yeast, but also worms, fruit flies, mice and other model organisms. Eventually this method could allow researchers to test how cells in a tissue affect neighboring cells in a tissue, to guide axon growth in neurons to repair brain tissue, or even to kill cancer cells.

Tucker’s new approach will be a “major boon” to those who wish to apply light activation to their own experimental systems, said Klaus Hahn, a pharmacologist at the University of North Carolina at Chapel Hill, whose lab reported on another blue-light responsive protein to control movement of mammalian cells last year.

Hahn said the “elegant work will likely see broad use, in many fields and for applications that will surprise us,” and it is already going to be applied to important areas of research, such as control of gene expression.