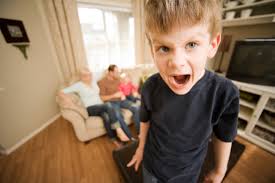 Some demand a little more attention than others

University of Utah (U of U) medical researchers have uncovered a wiring diagram that shows how the brain pays attention to visual, cognitive, sensory, and motor cues. The research provides a critical foundation for the study of abnormalities in attention that can be seen in many brain disorders such as autism, schizophrenia, and attention deficit disorder.

The study appears Nov. 1, 2010, online in the Proceedings of the National Academy of Sciences (PNAS).

In addition, scientists discovered that this miniature map of all the things one can pay attention to is reproduced in at least 13 other places in the brain. They found connections between these duplicate maps and the intraparietal sulcus. Each copy appears to do something different with the information. For instance, one map processes eye movements while another processes analytical information. This map of the world that allows us to pay attention may be a fundamental building block for how information is represented in the brain.

“The research uncovers how we can shift our attention to different things with precision,” says Anderson. “It’s a big step in understanding how we organize information. Furthermore, it has important implications for disease. There are several diseases or disorders where attention processing is off, such as autism, attention deficit disorder, and schizophrenia, among others. This research gives us the information to test theories and see what is abnormal. When we know what is wrong, we can talk about strategies for treatment or intervention.”