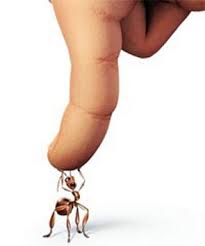 Some are stronger than others!

A new study analysing how complex, highly-evolved societies are organised in nature has found that it is workers that play a pivotal role in creating well-ordered societies where conflict is minimised. For when it comes to determining who reproduces in ants, University of Leicester biologists have found the humble worker is queenmaker — it is they who choose their queen.

This information is key to understanding the evolution of complex interdependent societies — over 100 millions years old — that have evolved mechanisms ensuring stable cohabitation and conflict resolution.

What the Leicester team discovered surprised them: While Spanish worker ants were ruthless in determining who became their queen — and hence acquired the right to reproduce — the same species of ants in France, Germany and the UK are known to be more ‘apathetic’.

While Spanish workers bullied or even killed rival queens in order to choose their queen, UK workers are not aggressive at all and were loyal subjects to any number of queens.

The research by Dr Robert Hammond and Dr Richard Gill of the University of Leicester Department of Biology is published in Proceedings of the Royal Society B. The study was funded by the Natural Environment Research Council.

The finding could have important applications. Dr Hammond said: “Some ants are pests, and in particular invasive ants — that have colonized new countries and continents — are very destructive causing many millions of pounds of damage. In a number of important cases ants have invaded because of a shift in their social organisation. So understanding the reason for differences in social organisation in a non invasive species is likely to help understand these problem species.”

Dr Gill said: “Many animals — including humans — live in social groups and, as we all know, the interests of group members are often in conflict and ‘arguments’ often break out. Ants have some of the most integrated and complex societies found in nature and it is of great interest to understand if there are conflicts within their societies and how they are resolved. Because ants have been living in complex societies for many millions of years, and cooperation is highly important to their success, mechanisms that resolve such arguments should have evolved.”

“We sought to find out how the argument over who heads ant colonies is settled. This argument about who reproduces is not just confined to the ants we study, but is a general issue in socially living animals. In meerkats, only a few females reproduce, likewise in naked mole rats only a single ‘queen’ mole rat reproduces, yet in lions all females reproduce in a social group. The aim of this work is to help explain why we see such variation in who reproduces in socially living animals.”

The Leicester researchers studied the ‘twig ant’ — Leptothorax acervorum — that have more than one queen per nest (this is actually quite common in ants). However, in the Spanish population only one queen reproduces — even though other queens in the nest are capable.

“We found evidence that workers do indeed hold the power — and, like revolting peasants — the masses are ferocious with workers beating up — even killing — all but one queen who they preferentially groom and who ends up reproducing” Dr Hammond said.

But this ‘worker power’ is not found in all populations of twig ants. In fact in twig ant colonies from the UK, France and Germany and many other places — workers are not aggressive to queens at all and multiple queens end up reproducing. The colony in these cases is an assemblage of multiple families, rather than a single family as found in Spain.