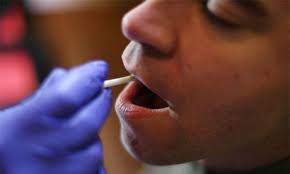 An international team of scientists has traced major plague pandemics such as the Black Death back to their roots using DNA fingerprinting analysis.

Researchers from Ireland, China, France, Germany and the United States, including Northern Arizona University’s Paul Keim and David Wagner, have turned back the clock to examine the past 10,000 years of global plague disease events. Their findings regarding the plague pathogen, Yersinia pestis, will be published in an upcoming issue of the journal, Nature Genetics.

Keim, director of NAU’s Center for Microbial Genetics and Genomics and division director of Translational Genomics Research Institute, said that while the plague is less of a threat to humans than at other periods in history, such as the Middle Ages, the current plague research can be applied to ongoing health threats around the world.

This type of DNA fingerprinting can be used to characterize both natural and nefarious plague outbreaks — which is crucial when a bacterium is used as a biological weapon.

“This work is more of a model for our control of epidemic diseases such as Salmonella, E. coli and influenza,” Keim said. “Plague took advantage of human commercial traffic on a global scale, just as the flu and food-borne diseases do today. Future epidemiologists can learn from this millennium-scale reconstruction of a devastating disease to prevent or control future infectious disease outbreaks.”

Tracking the worldwide spread of plague required identifying mutations in as many strains as possible. But transferring live bacterium across country boundaries is highly regulated and difficult due to its potential danger, presenting a challenge to scientists.

To make this research possible, the team devised an innovative research strategy of decentralized experiments where scientists in worldwide locations worked with one or several of 17 complete plague whole genome sequences. By electronically combining all of the research data, the team identified hundreds of variable sites in the DNA while assembling one of the largest dispersed global collections of plague isolates. That data was used to reconstruct the spread of plague pandemics, calculate the age of different waves of outbreak and was linked to descriptions in the historical record to better explain the current existence of plague.

The results serve as a map of how the plague made its way around the globe.

Their collaborative research determined that the plague pathogen originated in or near China where it has evolved and emerged multiple times to cause global pandemics. The international team also identified unique mutations in country-specific plague lineages.

Tracing its evolution, the plague spread over various historical trade routes as early as the 15th century. Chinese admiral and explorer Zheng He’s travels may have taken the plague to central Africa. The Silk Road, which led from China to Western Asia and on to Europe as described by Marco Polo, also may have served as an avenue for disease. The latest plague pandemic of the late 1800s still persists today in wild rodents throughout the western United States.

“The plague found its way to the United States in the late 19th and early 20th century through multiple port cities by infected ship-borne rats,” said Wagner, assistant professor of biological sciences at NAU. “Based upon DNA variation detected from these comparisons, we determined that the original plague strains that infected the U.S. had their origin in Asia and likely made their way to California via Hawaii.”

While plague pandemics are something of the past, the disease has never fully disappeared. The bacterium remains ecologically established in animal populations around the world, and has resurfaced in Africa and Madagascar.

“This study gives one the exciting feeling that we are able to rewind time,” said Elisabeth Carniel, director of the National Reference Laboratory and World Health Organization Collaborating Center for Yersinia at the Institut Pasteur in Paris. “However, this should not lead us to consider plague a disease of the past. We are observing its re-emergence in countries where it has been silent for decades. Therefore, far from being extinct, plague is a re-emerging disease.”