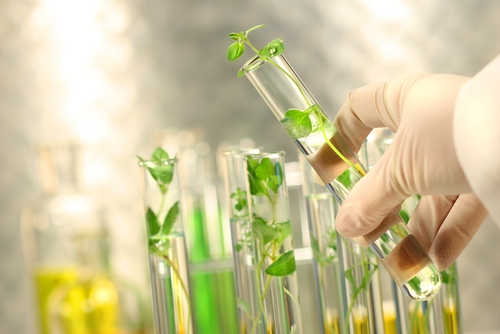 Genetically modified plants can come about by natural means. A research group at Lund University in Sweden has described the details of such an event among higher plants. It is likely that the gene transfer was mediated by a parasite or a pathogen.

The debate over genetically modified organisms (GMOs) is heated. One of the arguments against them is that it is unnatural to mix genes from different species. However, research in Lund, Sweden, shows that genetic modification can take place naturally among wild plants.

“In our research group we have suspected this for some time, and now my colleague Pernilla Vallenback has used DNA analysis to show that this is indeed the case,” says Professor Bengt O. Bengtsson at the Department of Biology at Lund University.

The research group on evolutionary genetics has discovered that a gene for the enzyme PGIC has been transferred into sheep’s fescue (Festuca ovina) from a meadow grass, probably Poa palustris, a reproductively distinct species. The DNA analyses also show that only a small part of a chromosome was transferred. This is the first proven case of the horizontal transfer of a gene with known function from the nucleus of one higher plant to another.

“Unfortunately, we don’t know exactly how the gene jump between the species occurred, which is not surprising as it took place perhaps 700,000 years ago. The most plausible explanation is that the gene was transmitted by a parasite or pathogen, such as a virus, perhaps with the help of a sap-sucking insect,” says Professor Bengtsson.

If gene jumps can occur naturally between plants belonging to different species, does this mean that there is no longer any reason to oppose genetically modified crops? According to Bengt O. Bengtsson, the answer is far from simple. He notes that the new results are interesting and important, but they do not say much about what is right or wrong in society.

“Many fear genetically modified crops because they believe that they may lead to unwanted gene spread in nature. This argument does not impress me. I sympathise, however, with the unease over the increased use of patents and monopolising practices in plant breeding. That is why it is so important that free and commercially independent research on plant genetics can be carried out in universities,” says Bengt O. Bengtsson.