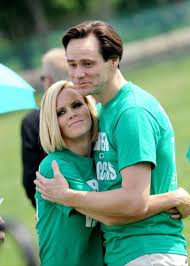 A striking resemblance to Jim Carrey… Or is it?

A collaborative effort between researchers at the Salk Institute for Biological Studies and the University of California, San Diego, successfully used human induced pluripotent stem (iPS) cells derived from patients with Rett syndrome to replicate autism in the lab and study the molecular pathogenesis of the disease.

Their findings, published in the Nov. 12, 2010, issue of Cell, revealed disease-specific cellular defects, such as fewer functional connections between Rett neurons, and demonstrated that these symptoms are reversible, raising the hope that, one day, autism maybe turn into a treatable condition.

“Mental disease and particularly autism still carry the stigma of bad parenting,” says lead author Alysson Muotri, Ph.D., an assistant professor in the Department of Molecular and Cellular Medicine at the University of California, San Diego School of Medicine. “We show very clearly that autism is a biological disease that is caused by a developmental defect directly affecting brain cells.”

Rett syndrome is the most physically disabling of the autism spectrum disorders. Primarily affecting girls, the symptoms of Rett syndrome often become apparent just after they have learned to walk and say a few words. Then, the seemingly normal development slows down and eventually the infants regress, loosing speech and motor skills, developing stereotypical movements and autistic characteristics.

Almost all cases of the disease are caused by a single mutation in the MeCP2 gene, which is involved in the regulation of global gene expression, leading to a host of symptoms that can vary widely in their severity.

“Rett syndrome is sometimes considered a ‘Rosetta Stone’ that can help us to understand other developmental neurological disorders since it shares genetic links with other conditions such as autism and schizophrenia,” says first author Carol Marchetto, Ph.D., a postdoctoral researcher in the Laboratory of Genetics at the Salk Institute.

In the past, scientists had been limited to study the brains of people with autistic spectrum disorders via imaging technologies or postmortem brain tissues. Now, the ability to obtain iPS cells from patients’ skin cells, which can be encouraged to develop into the cell type damaged by the disease gives scientists an unprecedented view of autism.

“It is quite amazing that we can recapitulate a psychiatric disease in a Petri Dish,” says lead author Fred Gage, Ph.D., a professor in the Salk’s Laboratory of Genetics and holder of the Vi and John Adler Chair for Research on Age-Related Neurodegenerative Diseases. “Being able to study Rett neurons in a dish allows us to identify subtle alterations in the functionality of the neuronal circuitry that we never had access to before.”

Marchetto started with skin biopsies taken from four patients carrying four different mutations in the MeCP2 gene and a healthy control. By exposing the skin cells to four reprogramming factors, she turned back the clock, triggering the cells to look and act like embryonic stem cells. Known at this point as induced pluripotent stem cells, the Rett-derived cells were indistinguishable from their normal counterparts.

It was only after she had patiently coaxed the iPS cells to develop into fully functioning neurons — a process that can take up to several months — that she was able to discern differences between the two. Neurons carrying the MeCP2 mutations had smaller cell bodies, a reduced number of synapses and dendritic spines, specialized structures that enable cell-cell communication, as well as electrophysical defects, indicating that things start to go wrong early in development.

Since insulin-like growth factor 1 (IGF-1) — a hormone which, among other things, has a role in regulating cell growth and neuronal development — was able to reverse some of the symptoms of Rett syndrome in a mouse model of disease, the Salk researchers tested whether IGF-1 could restore proper function to human Rett neurons grown in culture.

“IGF-1 treatment increased the number of synapses and spines reverting the neuronal phenotype closer to normal,” says Gage. “This suggests that the autistic phenotype is not permanent and could be, at least partially, reversible.”

Muotri is particularly excited about the prospect of finding a drug treatment for Rett syndrome and other forms of autism: “We now know that we can use disease-specific iPS cells to recreate mental disorders and start looking for new drugs based on measurable molecular defects.”