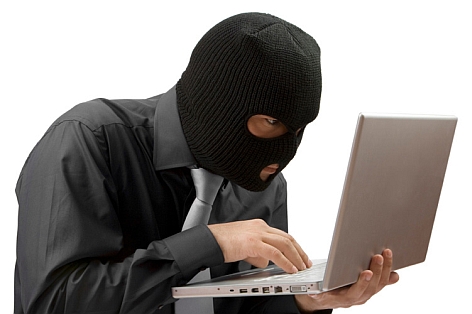 No more lost or stolen laptops! No more criminal actions!

Engineers have designed motion sensors so small they can fit inside a laptop computer or even a handheld device, where they can transmit data back wirelessly. New software uses the data to reconstruct a laptop’s path and its new location, so it can be recovered it in case of theft.

PITTSBURGH–It’s a nightmare that can happen in the blink of an eye. Your laptop is stolen, and chances are, it’s not coming back. More than 700,000 laptops are stolen each year, but now electrical and computer engineers have a new, tiny motion sensor that tracks your laptop’s every move.

“We’re able to then tell you if the laptop really moving around the way it should be, or if it’s been stolen by someone else,” says Tsuhan Chen, an electrical and computer engineer at Carnegie Mellon University in Pittsburgh.

Advances in motion-sensing technology have made hunting down your missing or stolen valuables possible — even for pocket-sized gadgets. The small sensor fits inside the laptop’s circuitry. It automatically senses any movement and how fast it’s moving. This alert is sent by a wireless signal to another computer or cell phone you designate.

Chen says, “Whether it’s carried by you, or by someone else who is not supposed to carry the same laptop, then the sensors guess that information.”

Researchers are also working on adding precise location information of the laptop to the alerts owner’s would receive.

BACKGROUND: Scientists at Carnegie Mellon University have developed a dime-sized motion sensor that can track lost or stolen laptops and cell phones, and can also be used to help with personal navigation. The sensor is housed in a cube-shaped casing, and can be embedded in any commercial product. Once in place, it automatically senses any small acceleration and emits a uniquely coded signal. Law enforcement officials in Taiwan and the U.S. have expressed interest in the sensor, especially for its potential use in tracking down missing children.

ABOUT LOCATION TRACKING: Location tracking technology has many different components, including geographic information systems, the global positioning system, wireless local area networks and the infrastructure that has evolved around cellular phones. Carnegie Mellon’s tiny sensors are an example of Radio Frequency Identification (RFID), in which small microchips are implanted into consumer goods, cattle, vehicles and other objects to track their movements. RFID tags are passive and only transmit data if prompted by a reader. The reader transmits radio waves that activate the tag, which then transmits information via a pre-set radio frequency. Currently, location tracking systems are used to streamline corporate supply chains, monitor assets and prevent inventory loss. But one day RFID tags may replace traditional bar codes in stores.

WHAT ARE MEMS: Microelectro-mechanical systems (MEMs) integrate electronic and moving parts onto a microscopic silicon chip, making them ideal for new sensor technology. The term MEMS was coined in the 1980s. A MEMS device is usually only a few micrometers wide; for comparison, a human hair is 50 micrometers wide. Among other everyday applications, MEMS-based sensors are used in cars to detect the sudden motion of a collision and trigger release of the airbag. They are also found in ink-jet printers, blood pressure monitors, and projection display systems.