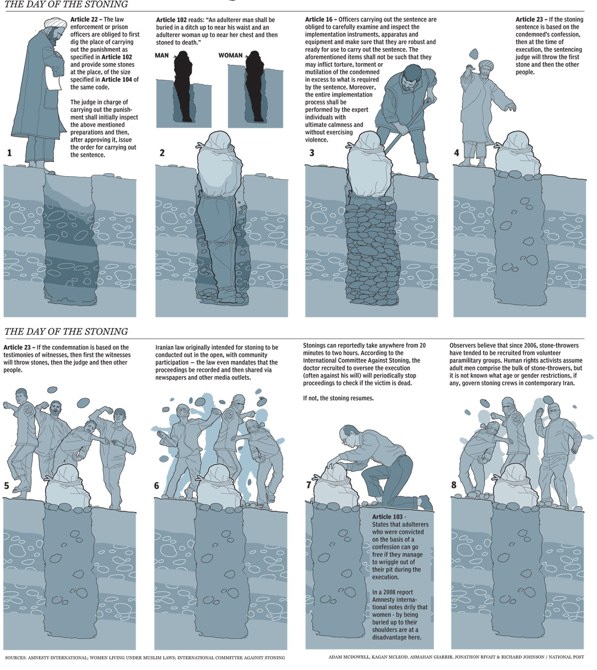 Since 1980, at least 150 men and women have been stoned to death in Iran, said Farshad Hoseini, head of the International Committee against Execution, who has compiled a report on the practice from media reports and human rights organizations…

However, he cautions in the report, “It should be pointed out that obtaining a true and complete list of the victims is extremely difficult, if not totally impossible, due to the regime’s systematic censorship of such news.”

He added, “Stoning in Iran is a political tool in the hands of an Islamic regime to oppress the society as a whole in one of the most savage ways. The overwhelming majority of the victims of stoning are women. Stoning in Iran is therefore a tool, among many such religious, oppressive tools, for keeping women in their place.”